Fairfield by Marriott Hotel @Rajajinagar just concluded a food festival which was a tribute to Hyderabadi cuisine. It started on 21st May and went on till 31st May, but was open for Dinner only. I along with my other foodie friends were invited over by Burrp to witness the brilliantly prepared dishes by expert chefs, and also to try our hands at preparing those dishes, yes a cook off which involved us to try our hands at some authentic Hyderabadi dishes!!! It seemed difficult as Hyderabadi cuisine is something which takes a lot of time to cook and the items are not heavily marinated. But then, the task was made simple as their main chefs helped us throughout the process. Read on to know more about this fun filled evening 🙂

LOCATION – Kava is a part of Fairfield by Marriott Hotels and is housed in the same property. You can spot the tall building easily at the intersection of Dr. Rajkumar Road and Link Road. It is adjacent and shares the boundary with Westgate Mall. 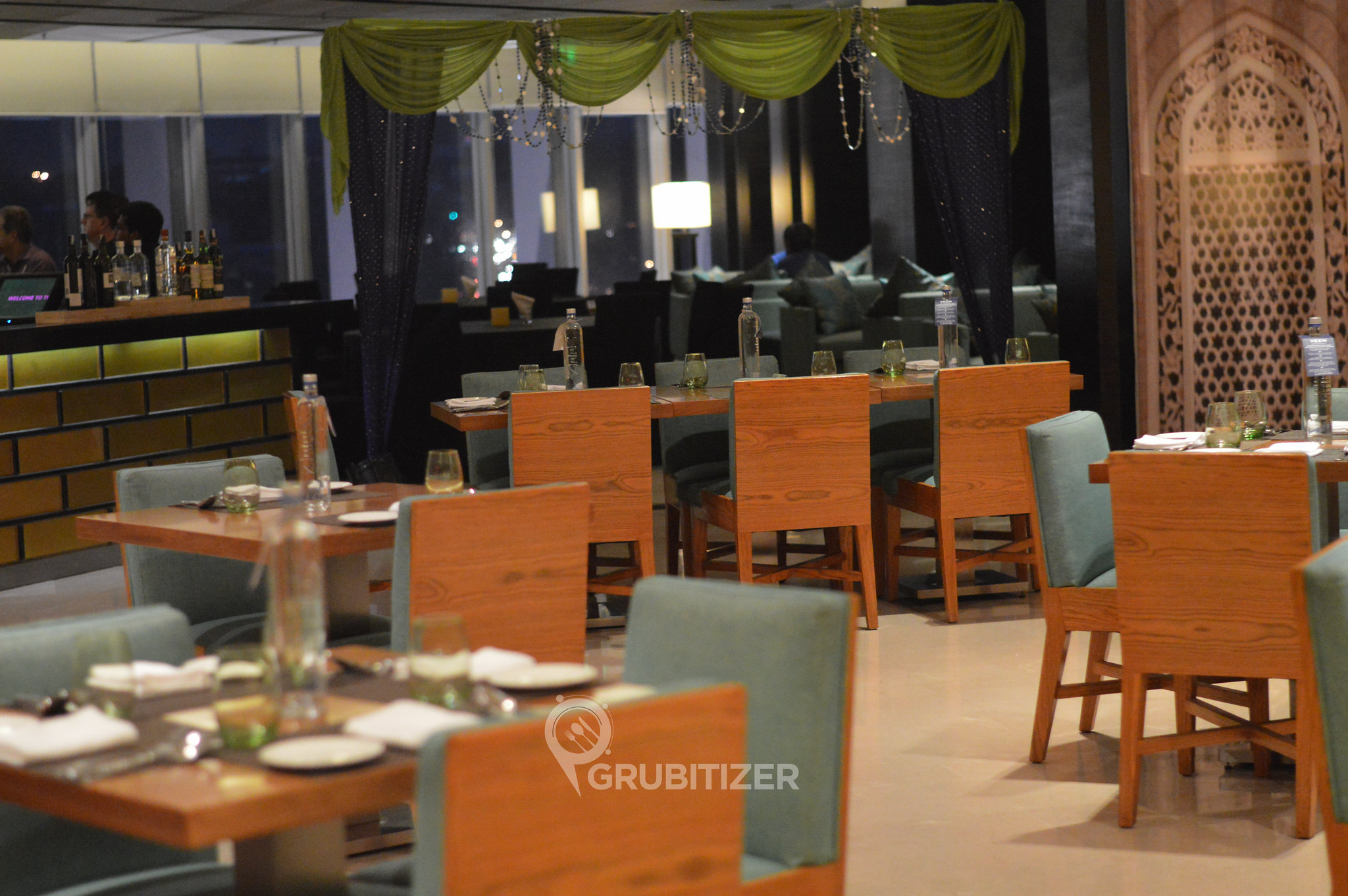 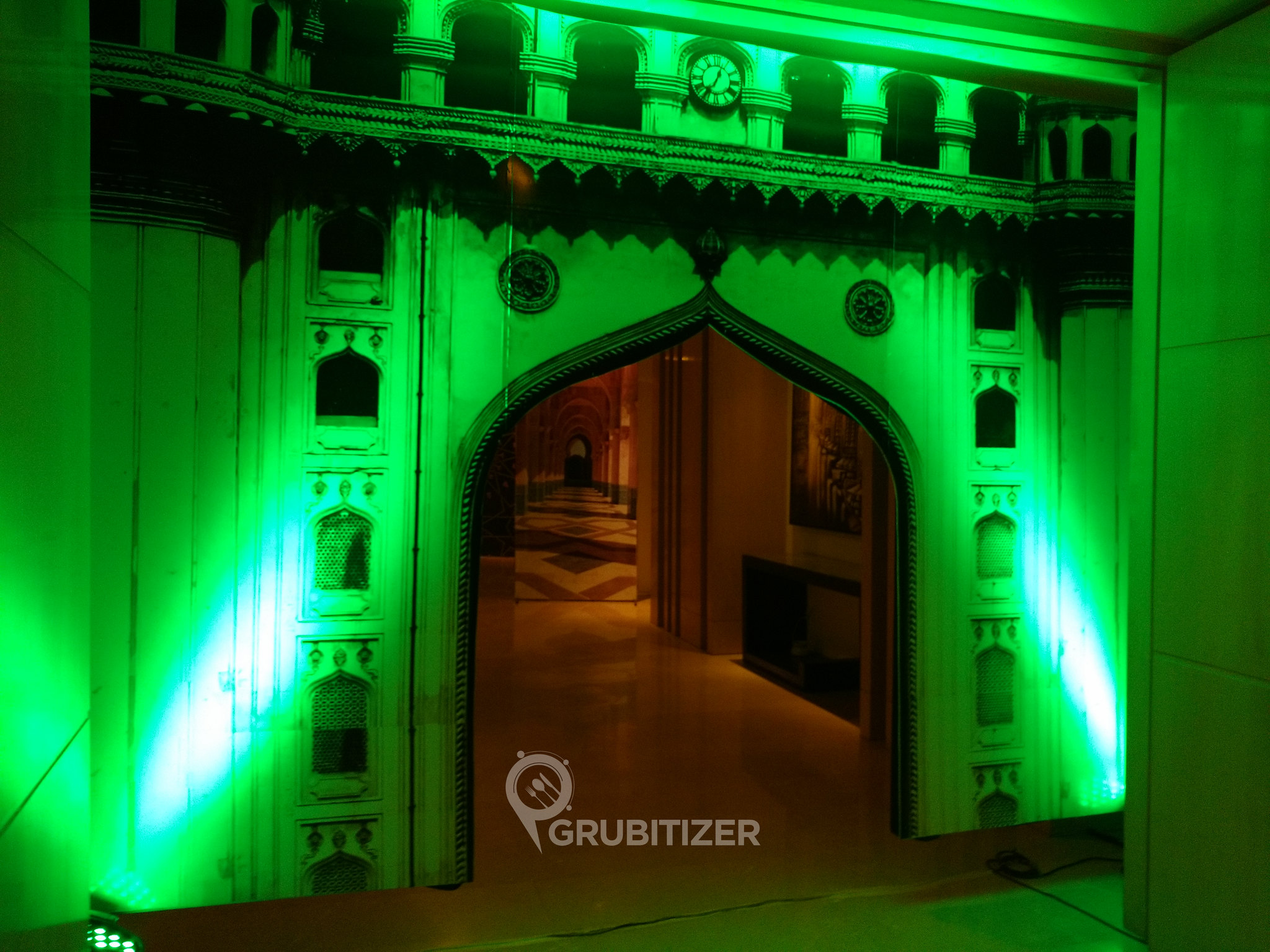 AMBIENCE – First thing you notice is the decorated entrance in the form of an arch which symbolizes Charminar. We could find many large cut outs which showcased various historical monuments of Hyderabad. Overall, the theme did seem very elegant and clearly directed ones thoughts towards the on going food festival. The interiors with respect to furniture and its placement is spick and span, only thing different when compared to my previous visit here was the addition of extra live counters which served various Hyderabadi specialties.

Dining Experience –
We were briefed by the head chef about the overall aspects of dishes that were included as part of the food festival, mode of cooking and how Hyderabadi cuisine is different from the Lucknowi one. Then he introduced us to their expert chefs who specialized in Kebabs and Biryani. 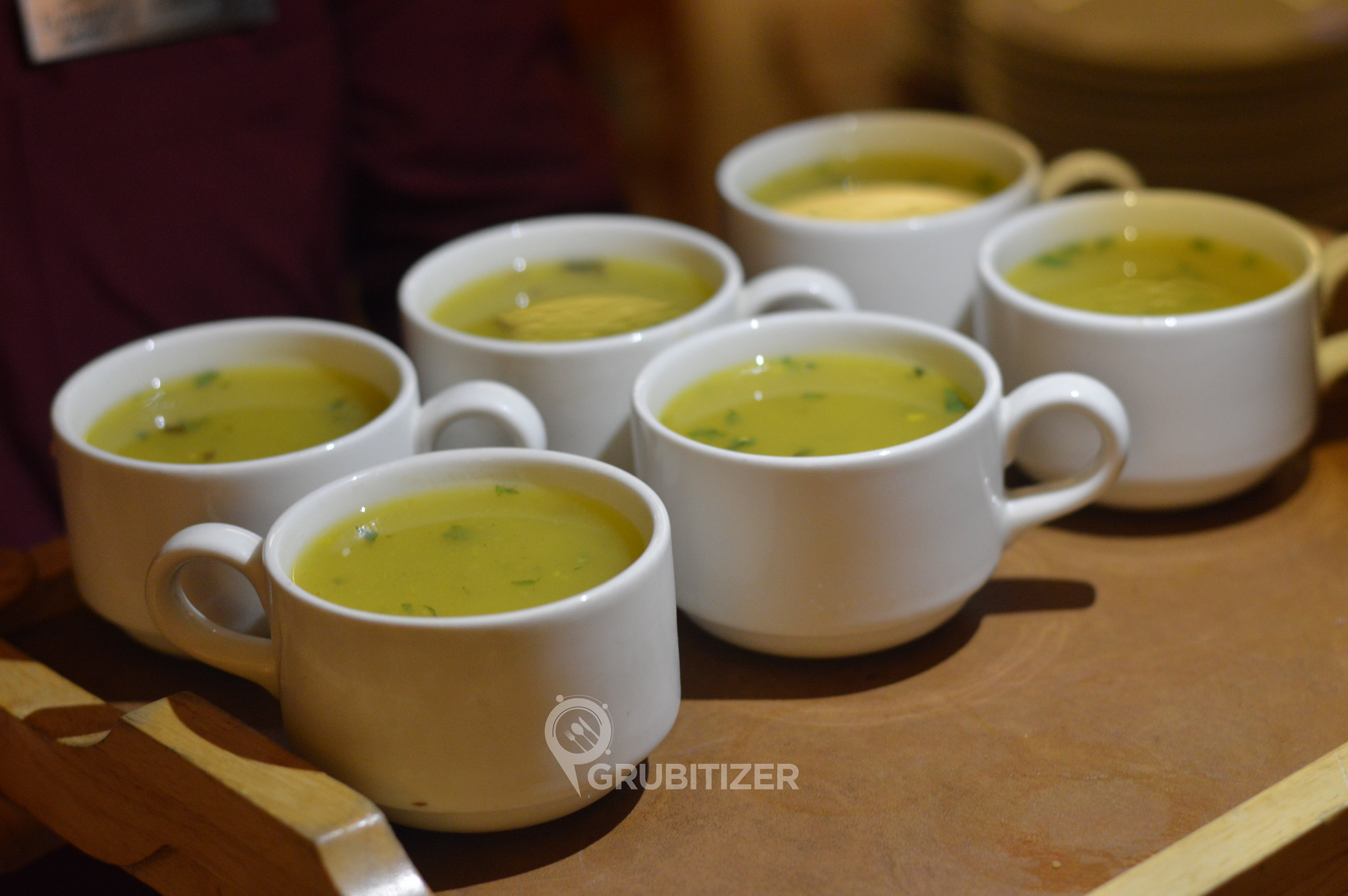 We were welcomed by Aam Panna, a refreshing drink which was served chilled. Every gulp had a nice tangy twist because of added spices. 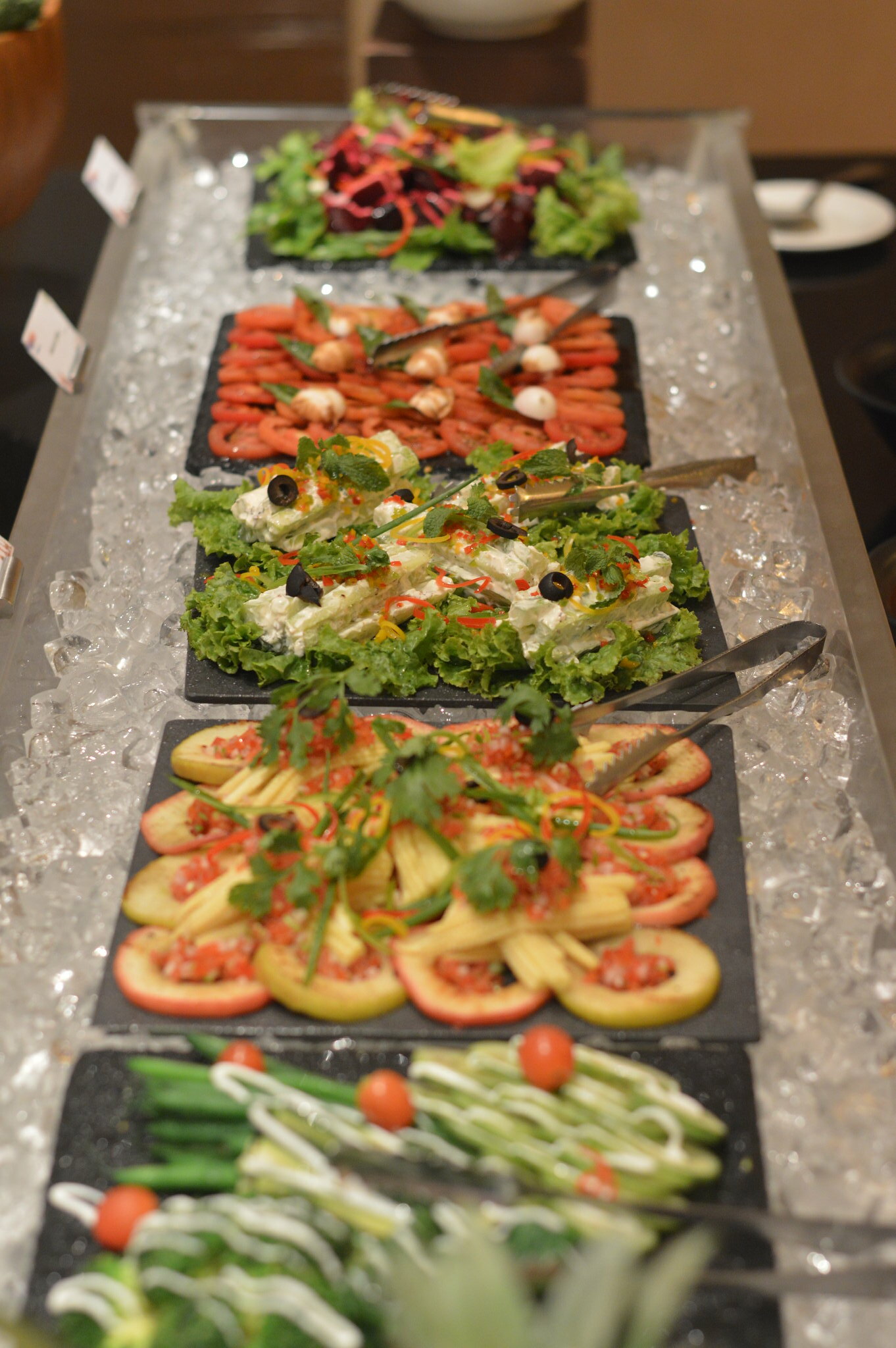 The wide range of salads looks very impressive and is an eye opener for every health freak! All of them were housed over ice cubes which ensured freshness. It looked very tempting as chilled salads are something that I have missed in most of the places which offer buffet, the options here are massive- Toss Salad, Nicoise Salad, Asian Greens Salad, Grilled Apple Baby Corn with Tomato Salsa, Cucumber and Mint Yogurt, Insalta Caprese and Roasted Beetroot Salad. 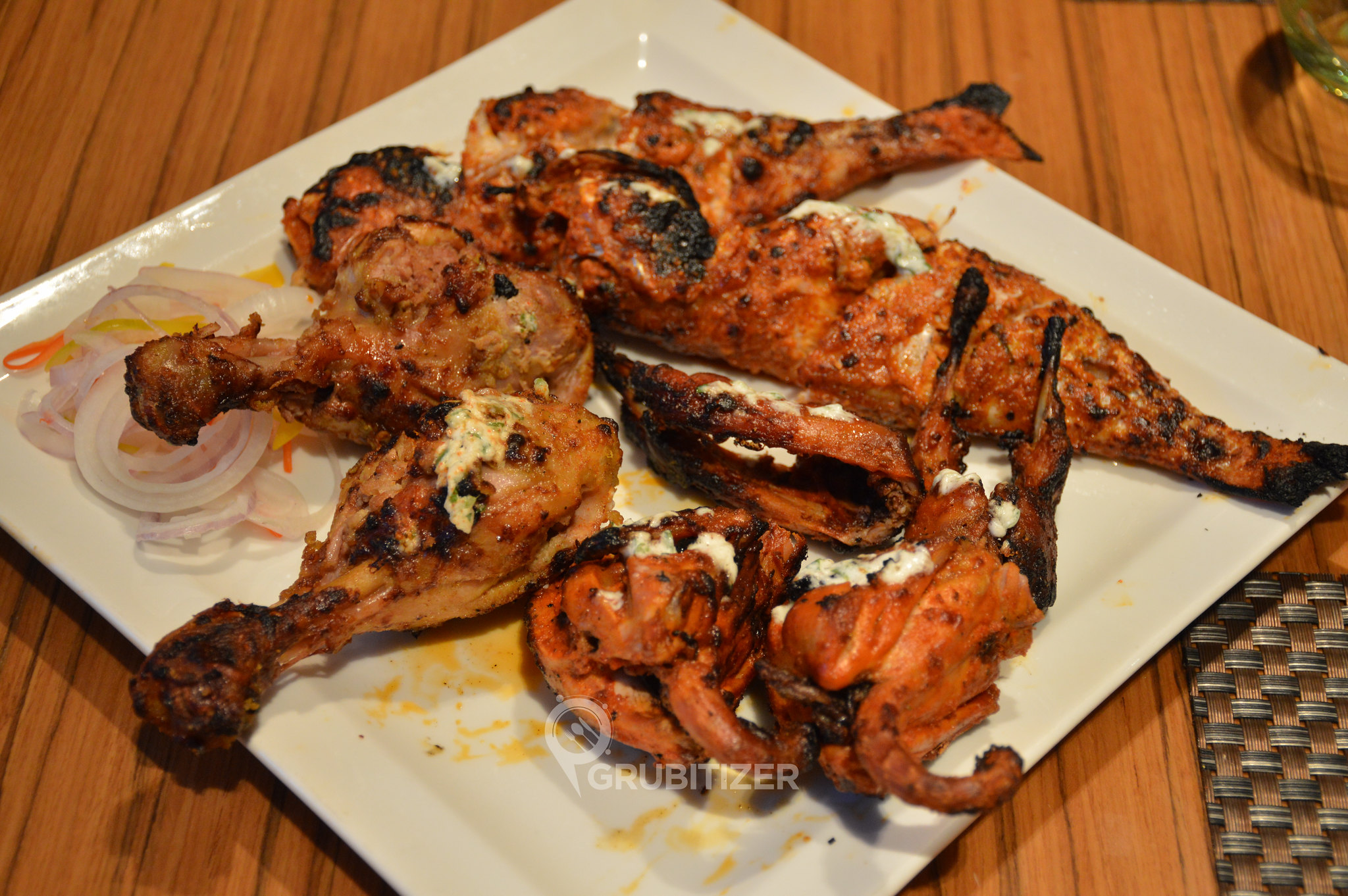 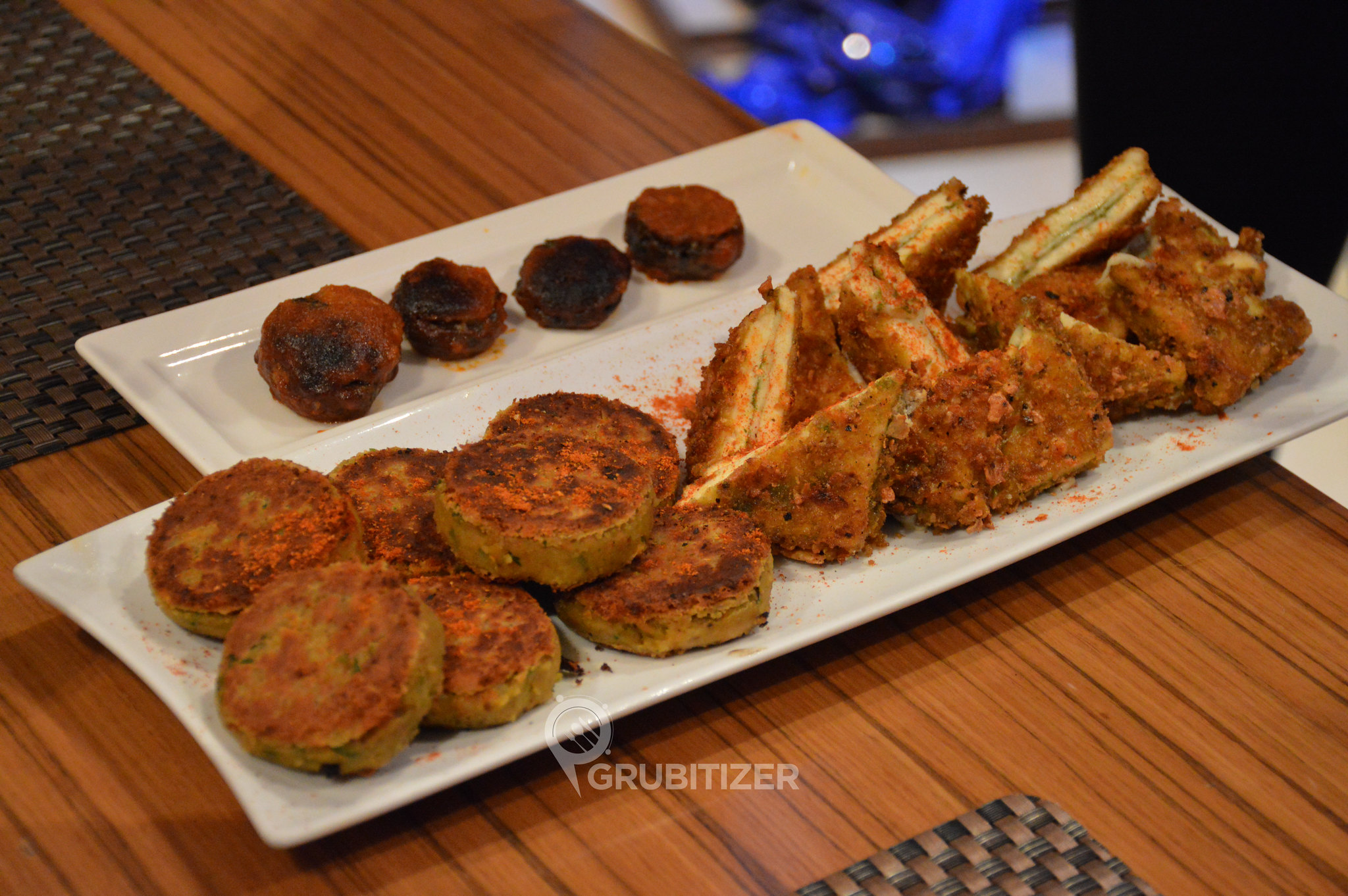 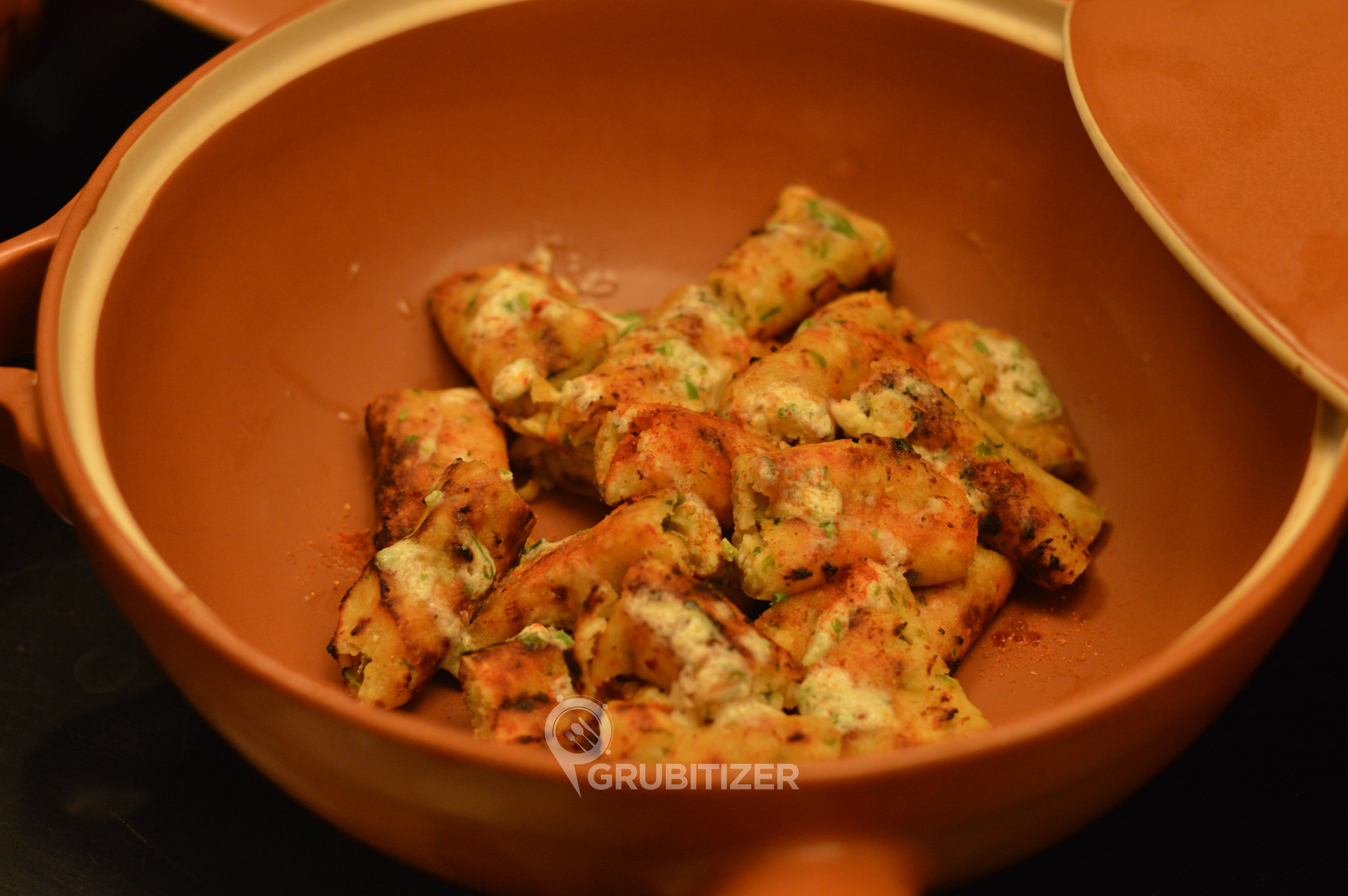 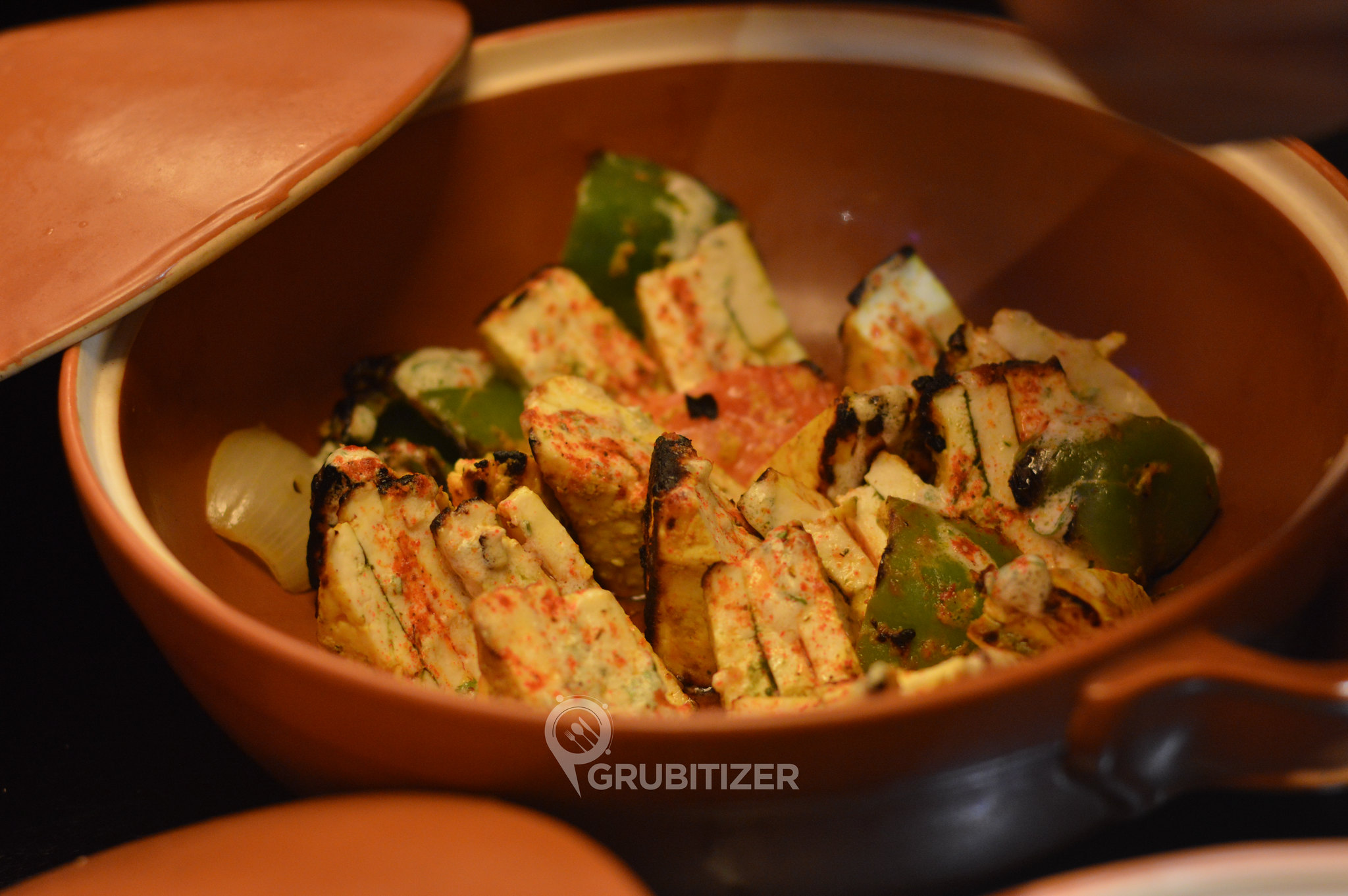 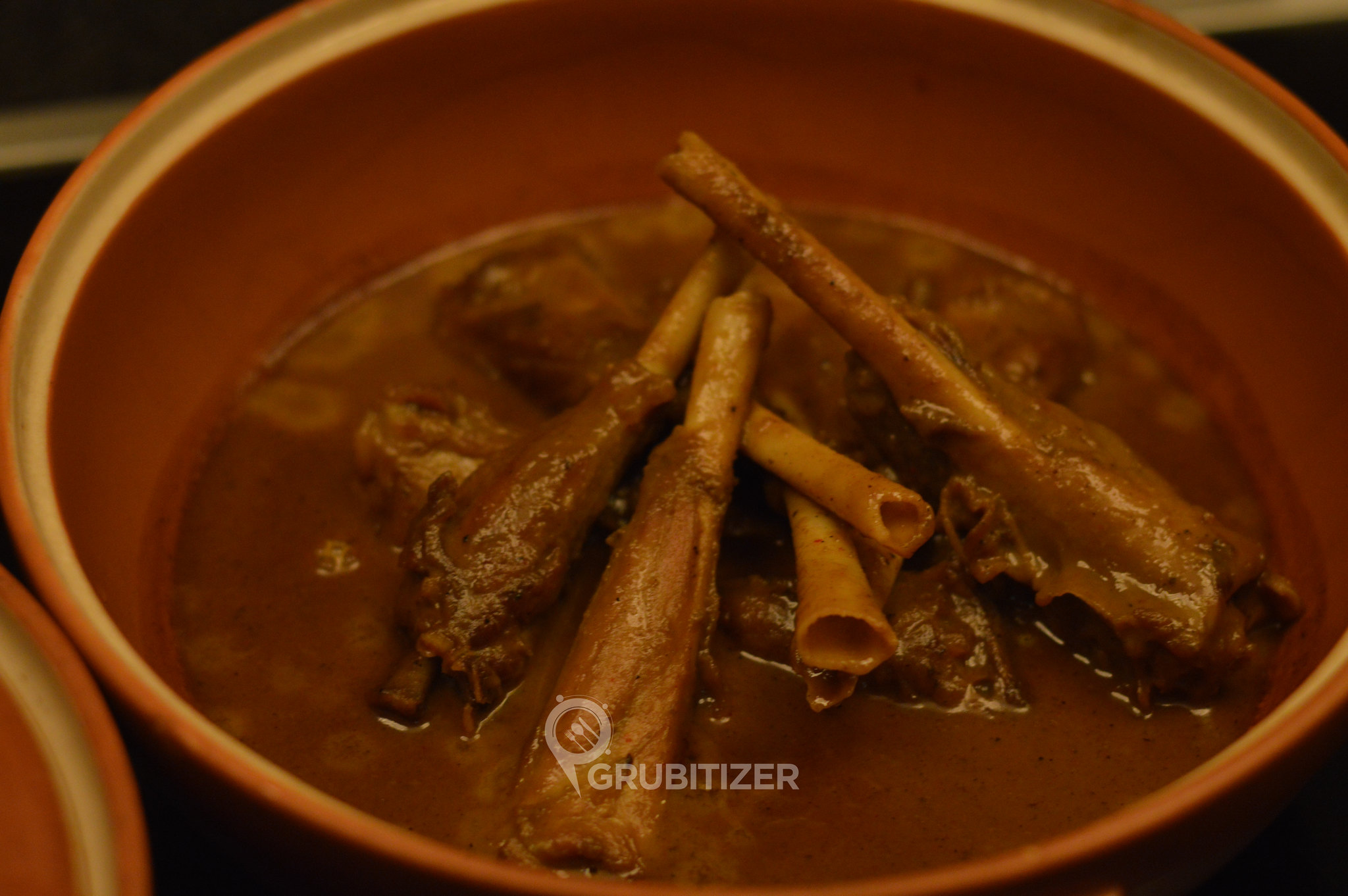 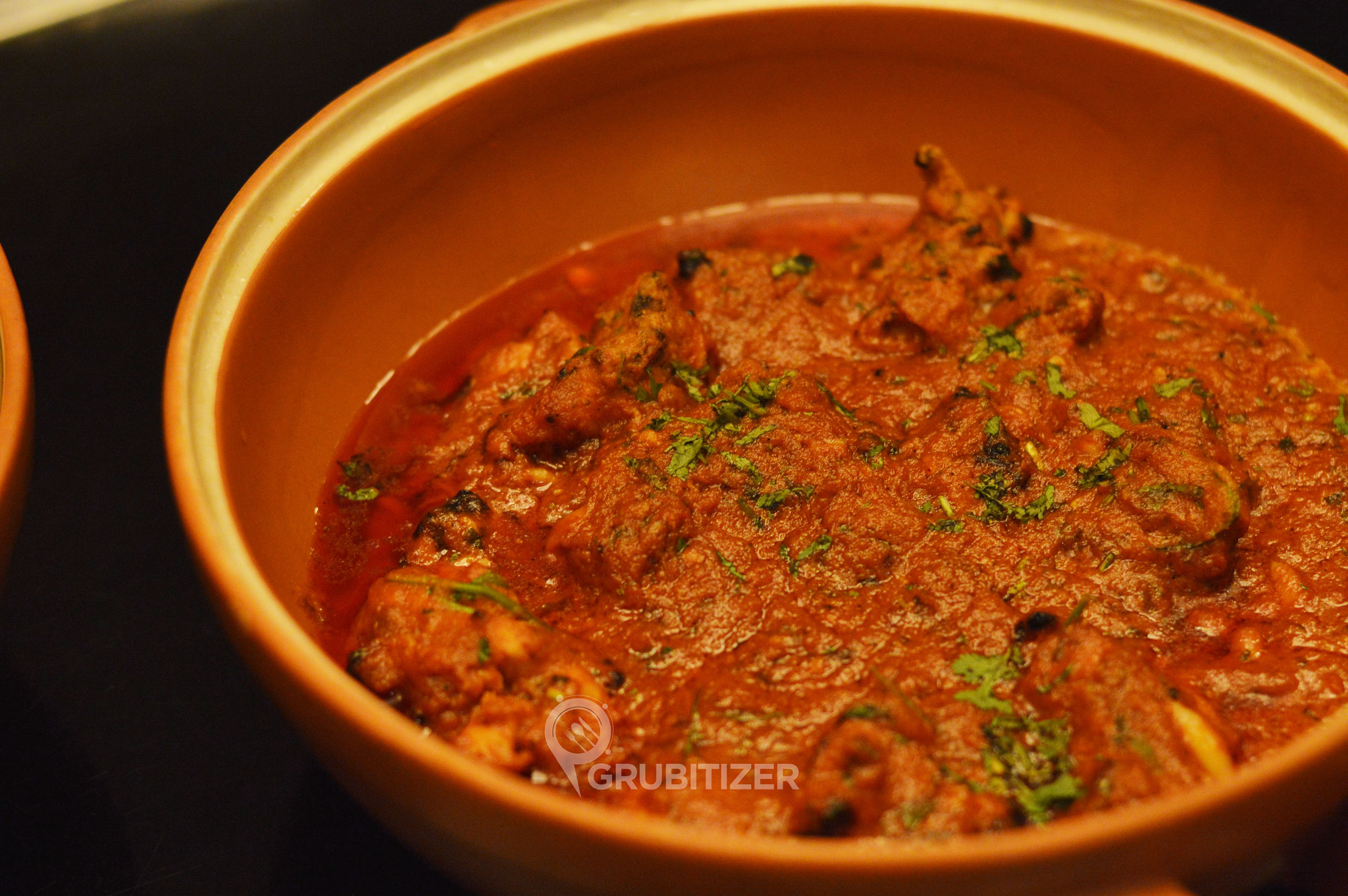 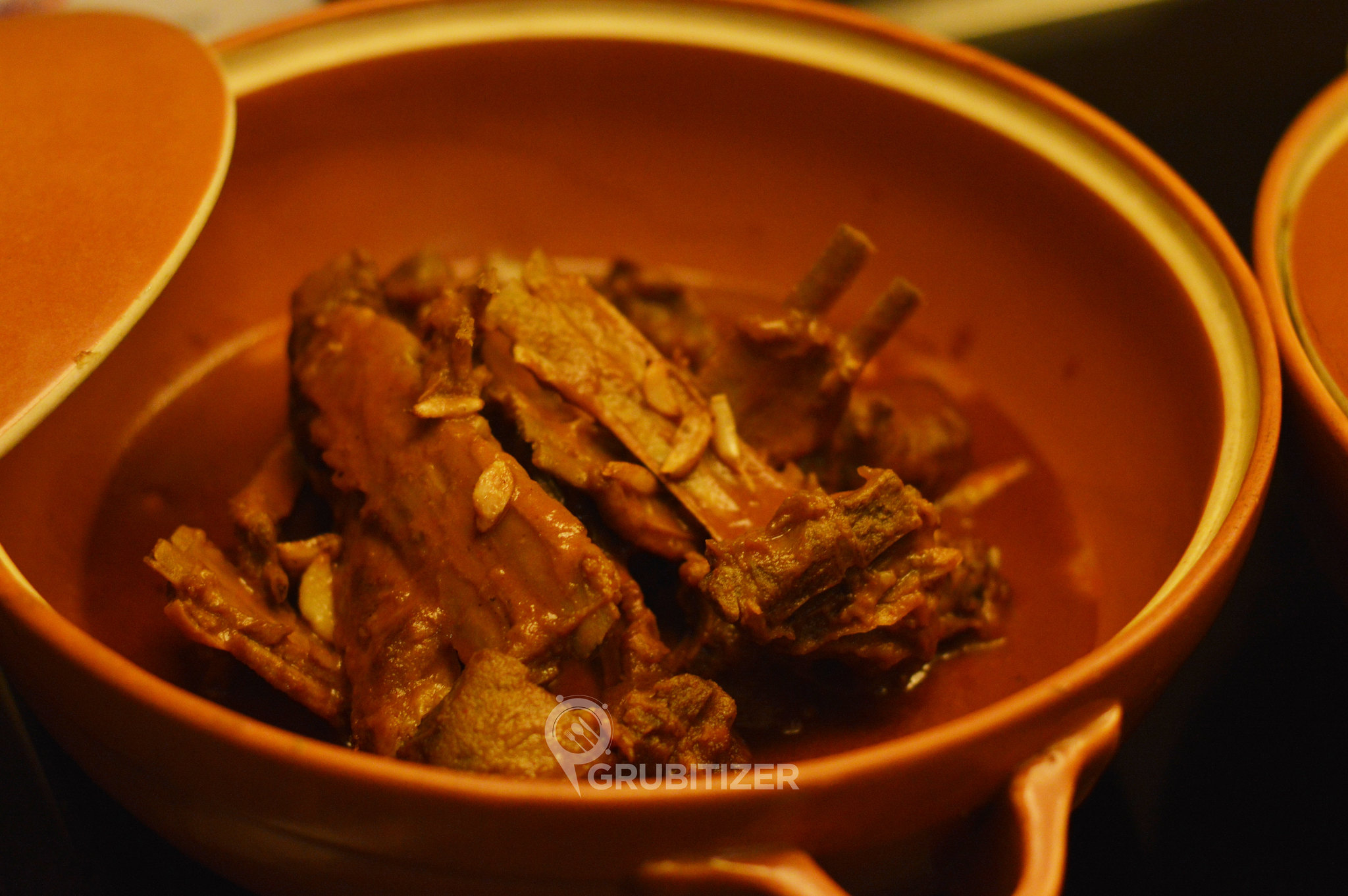 Since we were called for the Hyderabadi food festival, I would like to highlight the various specialties that was on offer. Haleem, a dish composed of lentils and pounded meat made into thick paste. The Hyderabadi version here had more of local spices and was totally different. 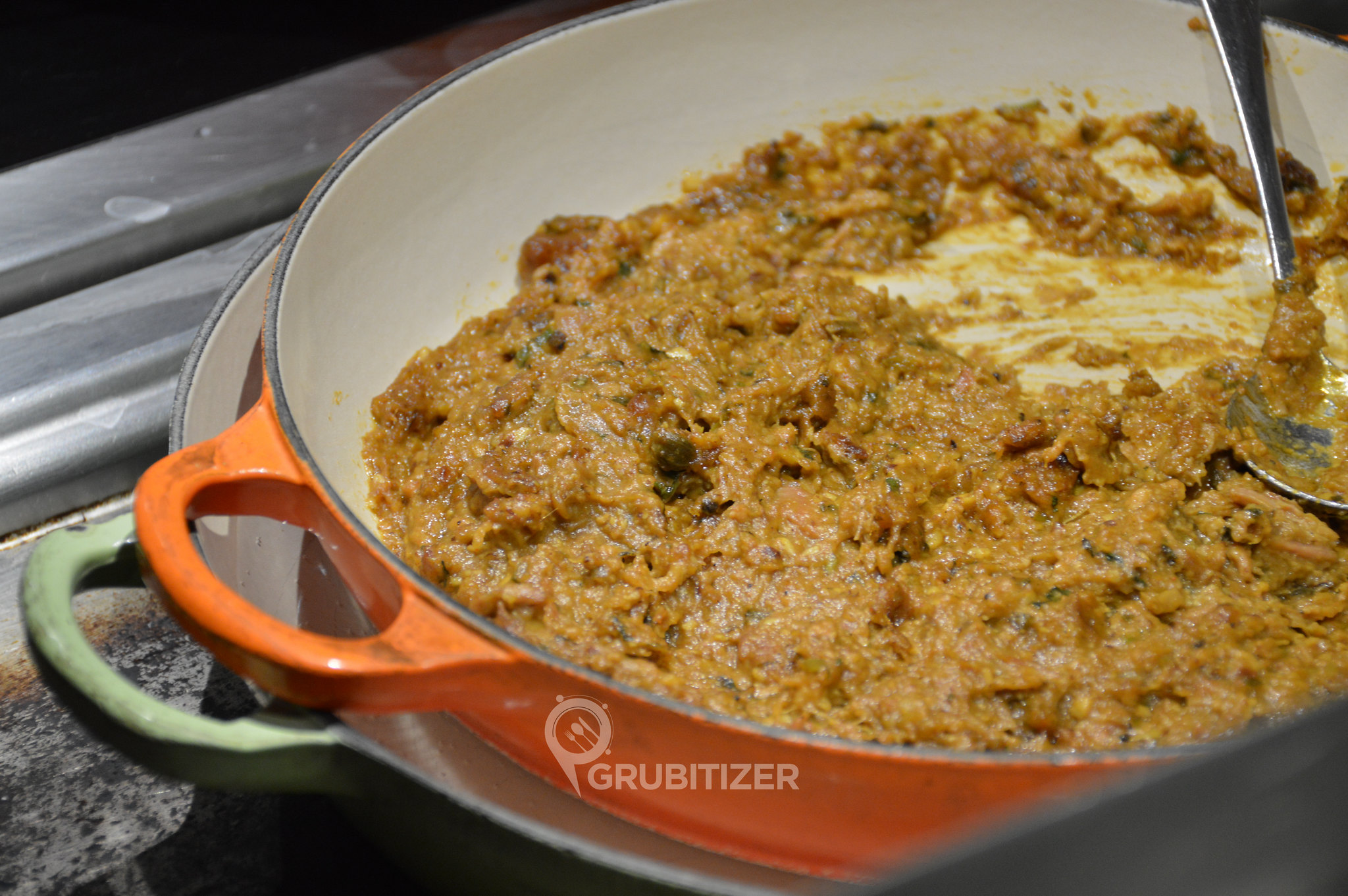 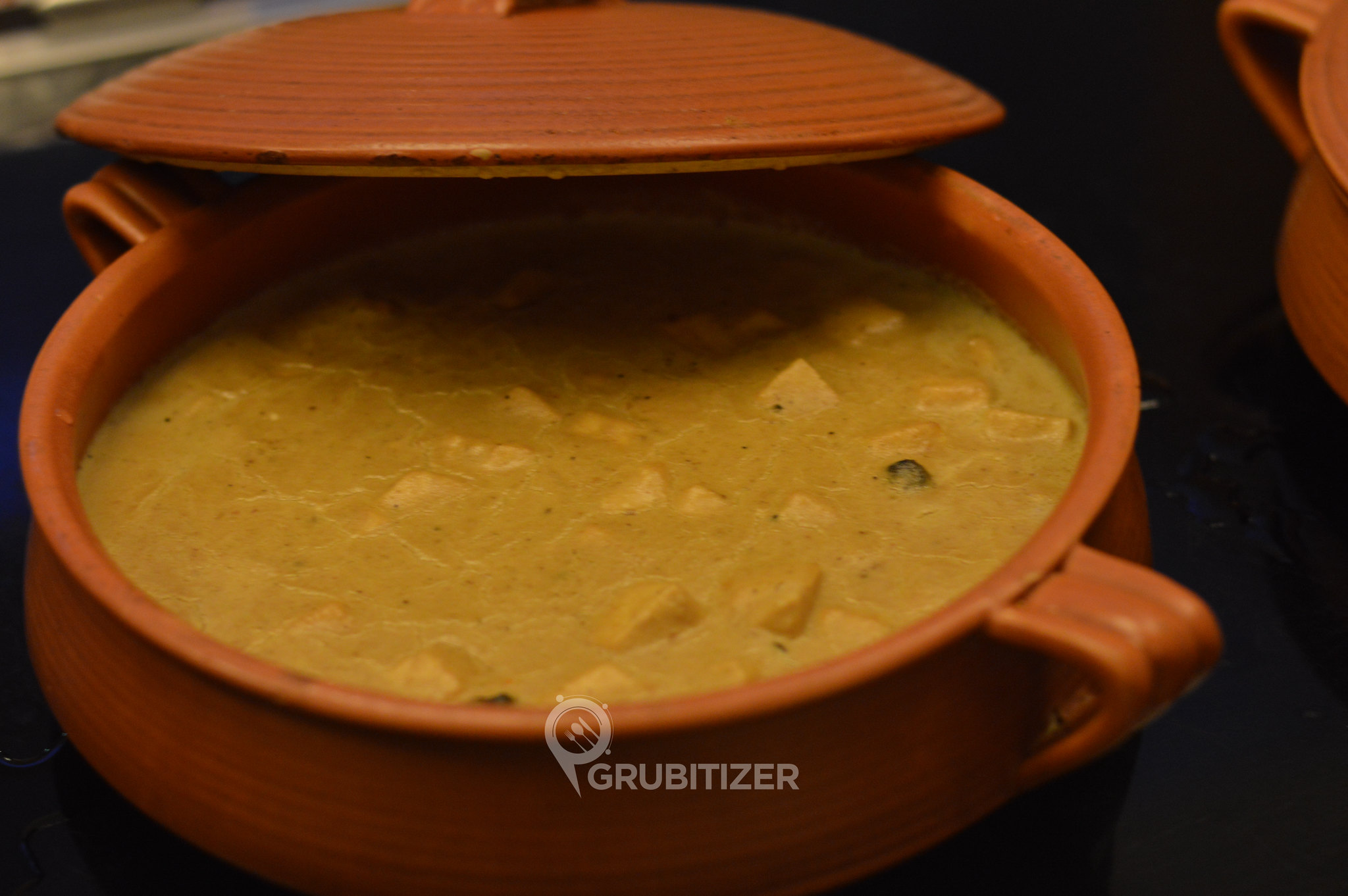 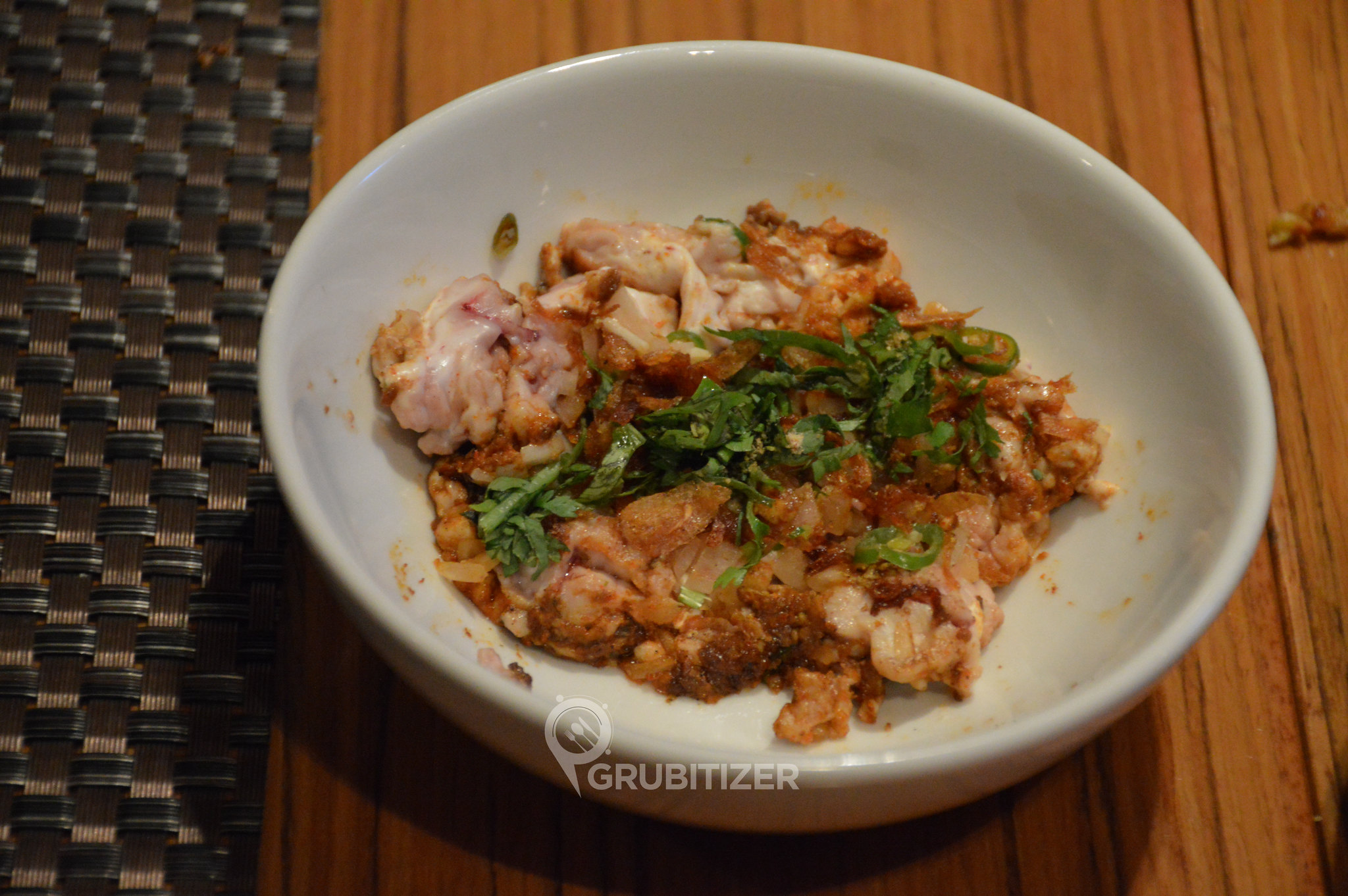 Pathar Ka Gosht has a special liking from my side which you will get to know at the later part of this post 😛 , meanwhile it is one of the signature dishes from the land of Nizams. Mutton chunks rolled in curd and spices along with various traditional pastes and then placed on a special rock/stone (pathar), it is then cooked for over 15 minutes. The end result is succulent and flavorful meat. 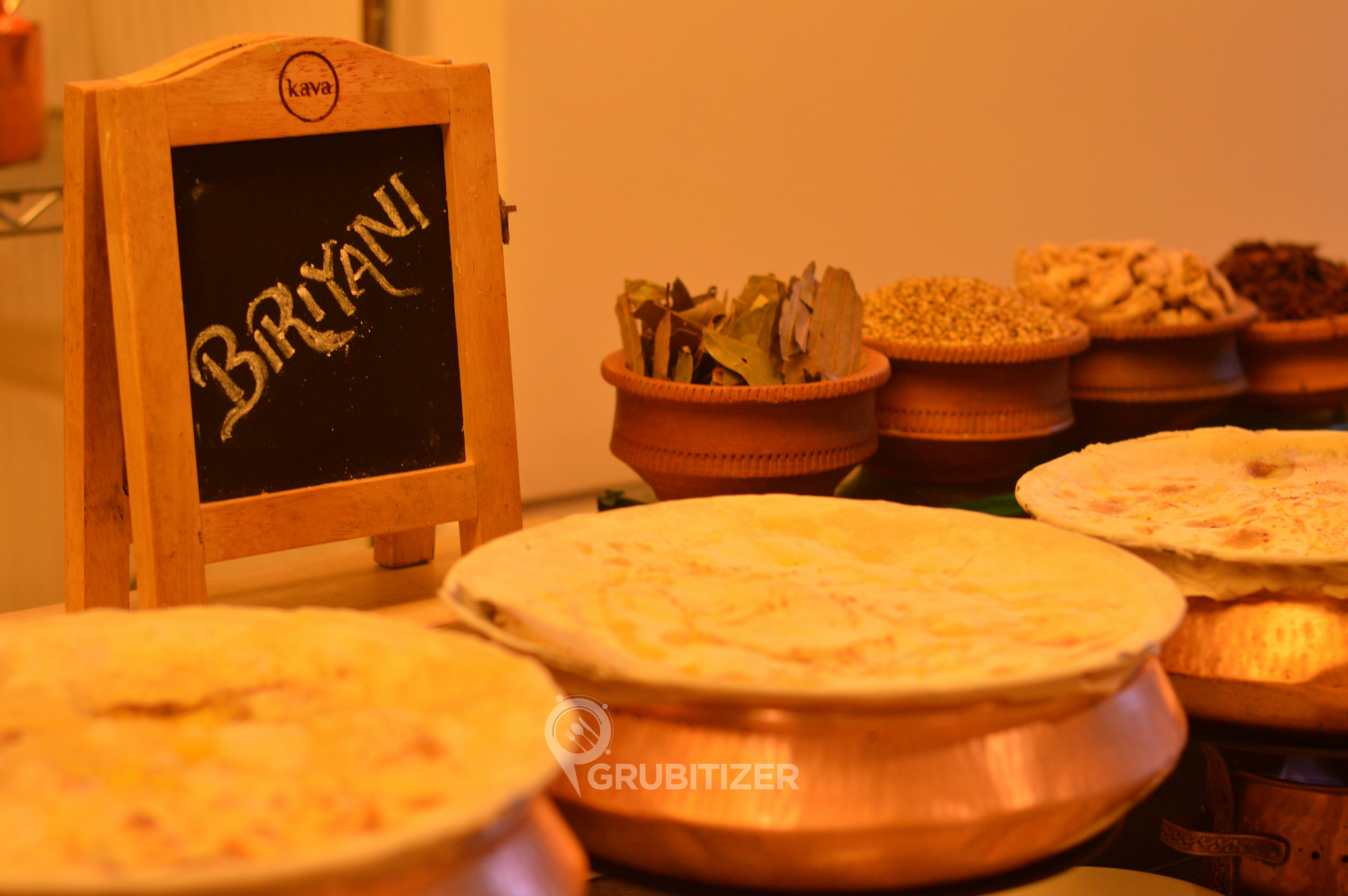 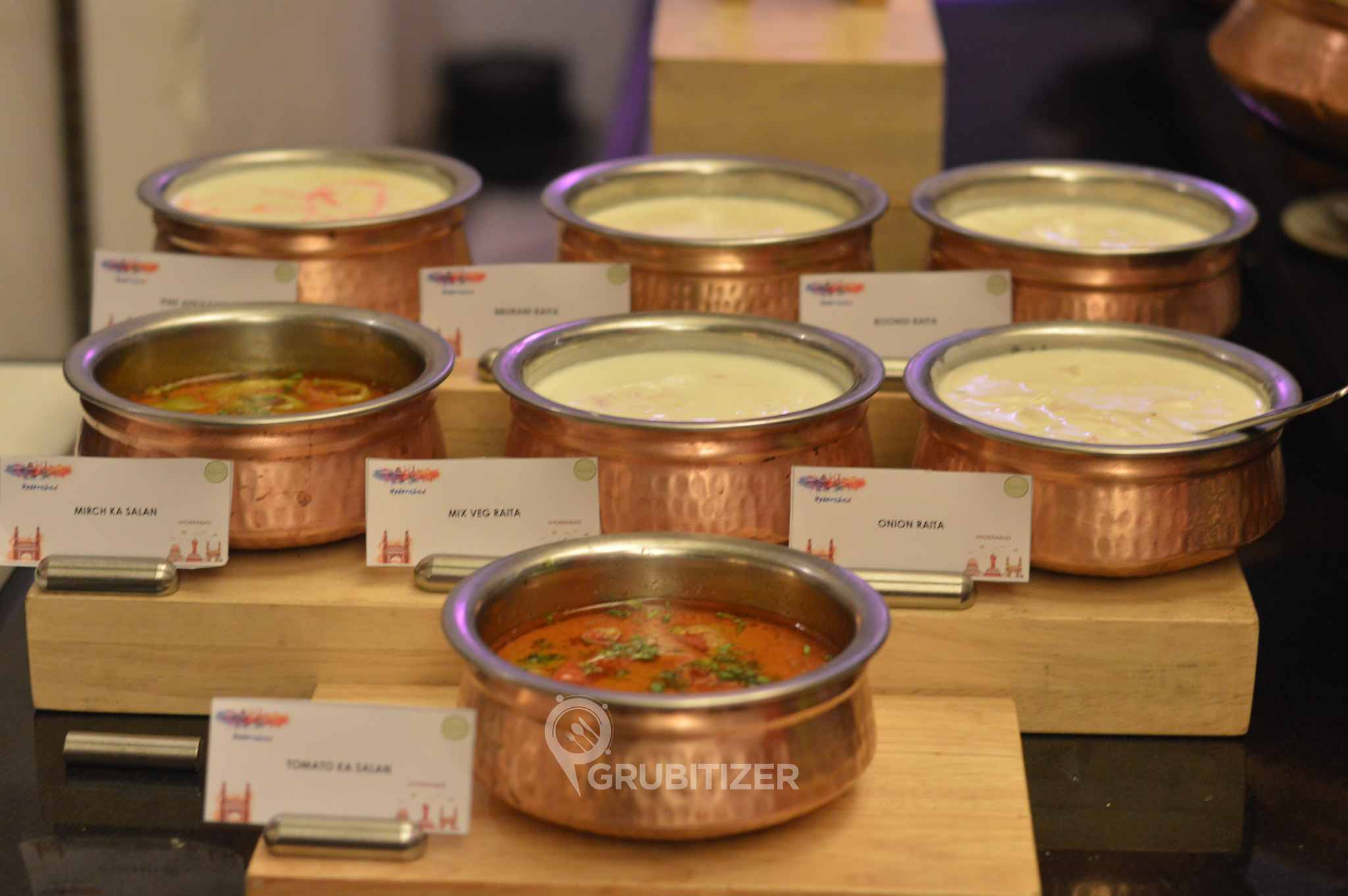 Range of Raita and Salan

Biryani spread was massive, yes it does sound weird when I say that! So, there were five variants of Biryani you could choose from – Chicken Dum, Mutton Nawabi, Ande ka Dum, Nawabi veg and Aloo Ki Biryani. Each of them could be combined with either Raita or Salan of your choice.

Highlight of our evening was a cook off where we as a team had to cook three hardcore Hyderabadi dishes. We were divided into three teams and each team had to select one dish to prepare. 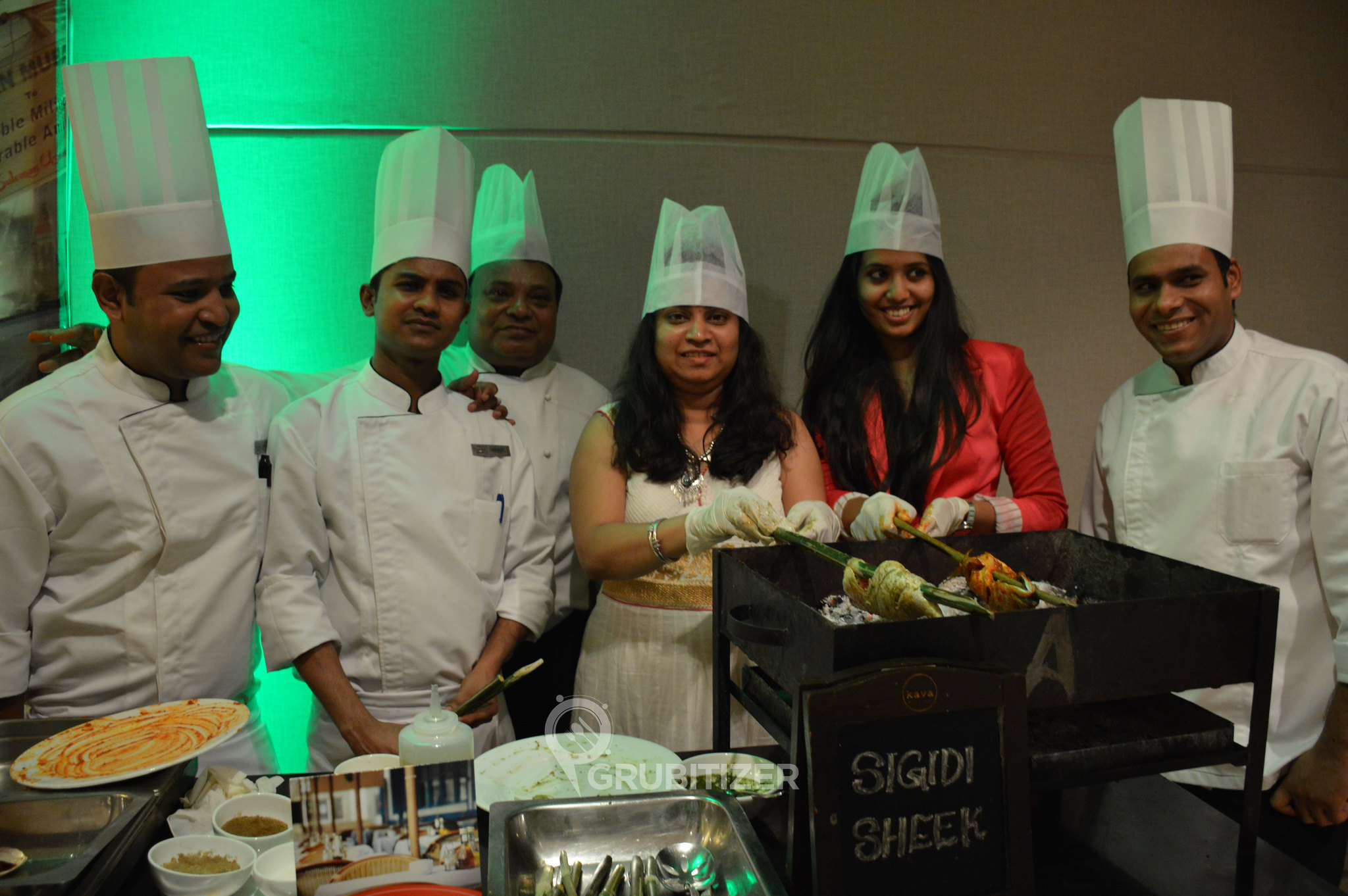 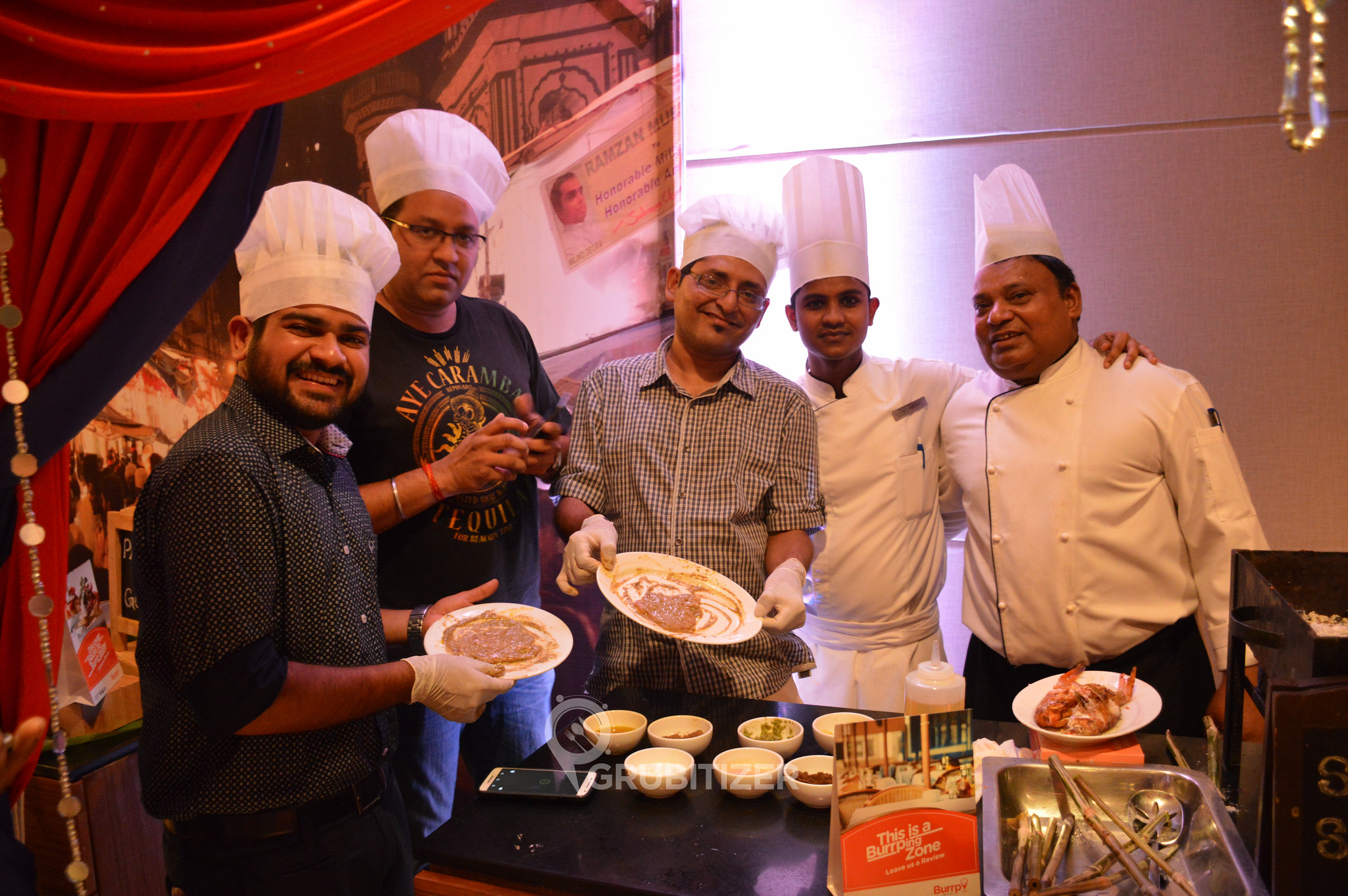 Team -2 : Pravin, Nameesh and myself prepared (the most difficult dish) Pathar Ka Gosht. 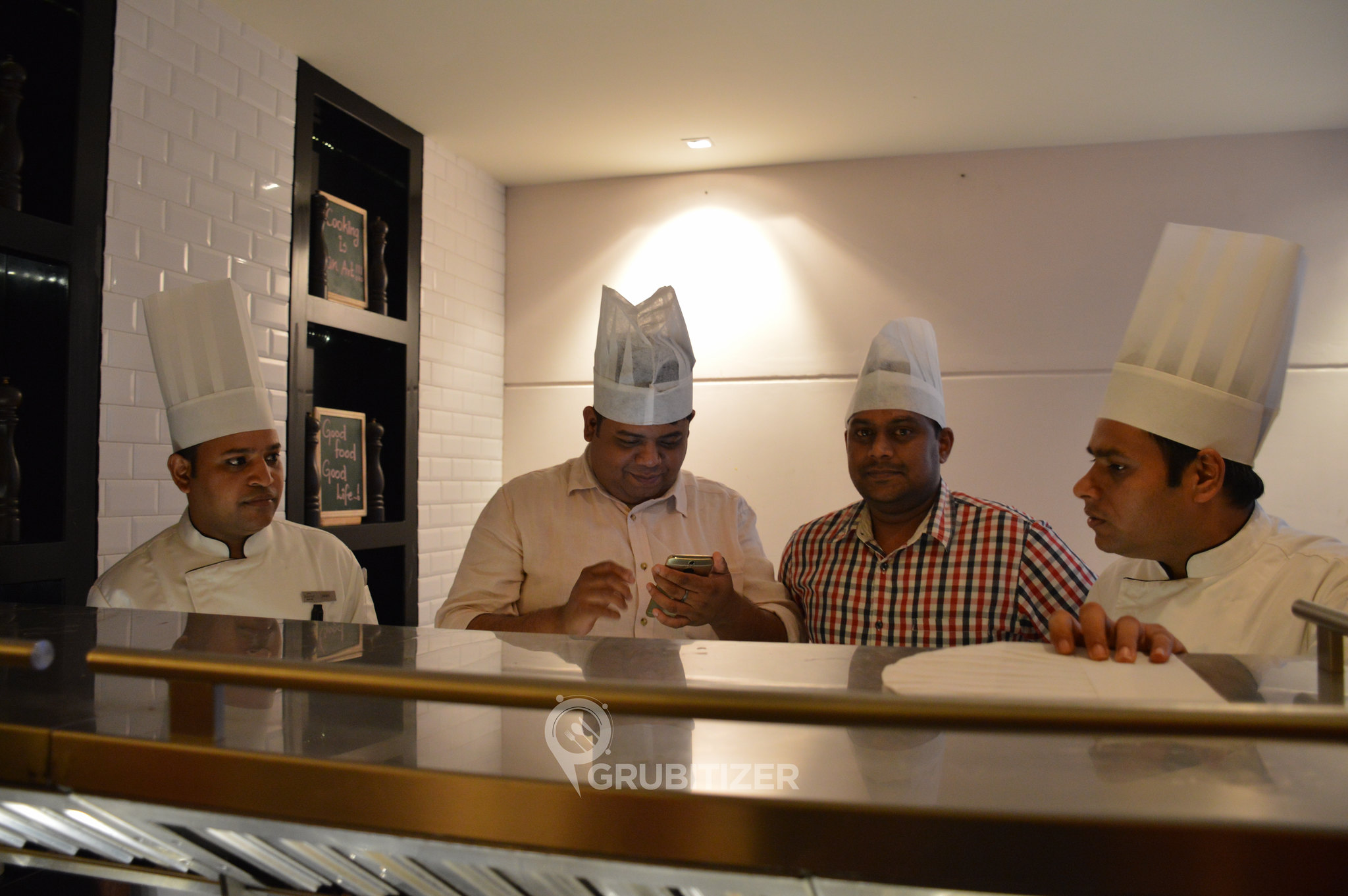 We were guided by the masterchefs at every stage to get things right, be it the correct amount of spices to be used or the cooking time for every dish. It was a fun way of interacting with chefs and to know how much hard work goes into making of those dishes. 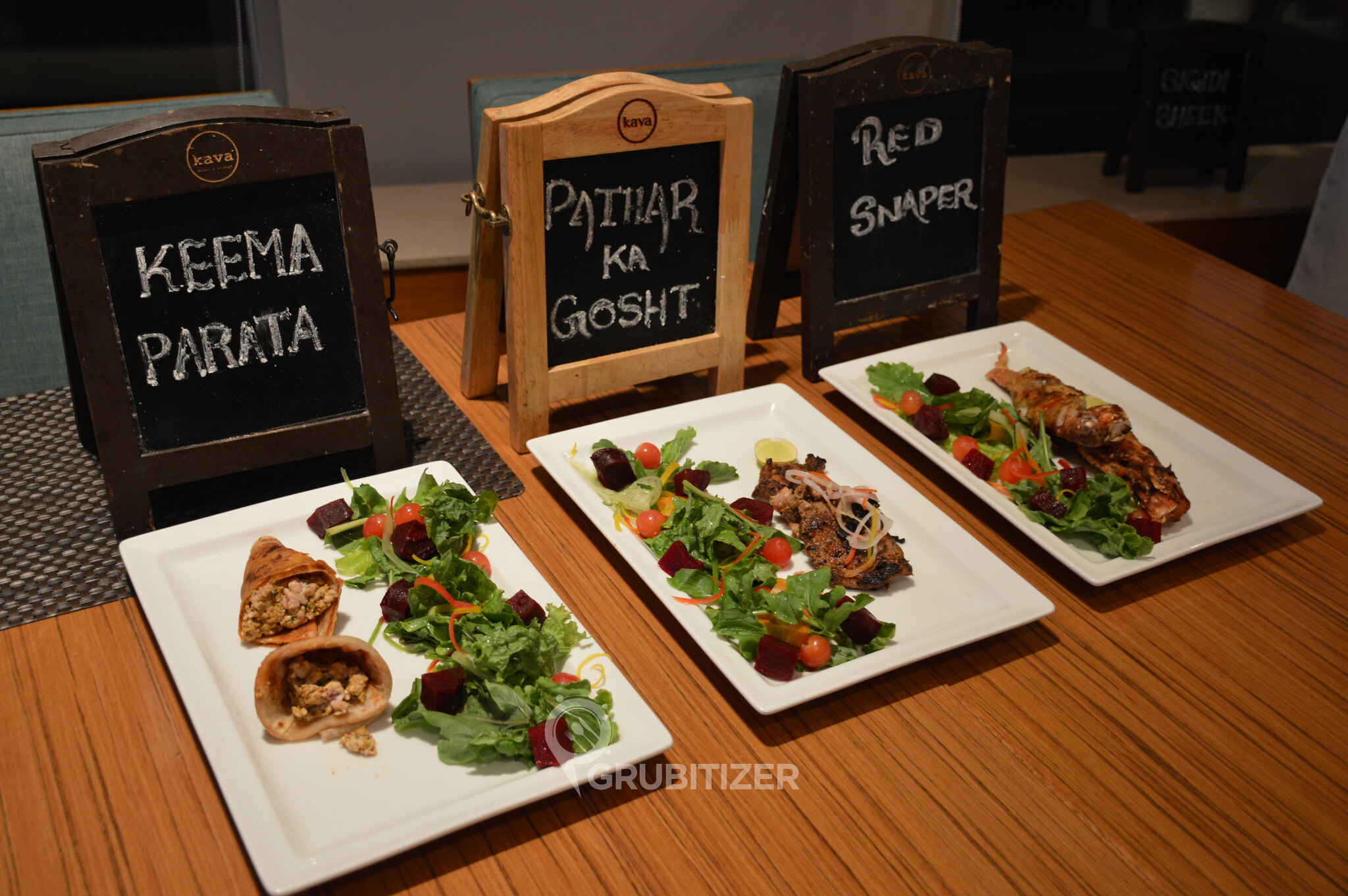 Dishes prepared by us!

In the picture above, you can see the dishes each team had prepared, credit goes to our chef’s team for this wonderful plating. 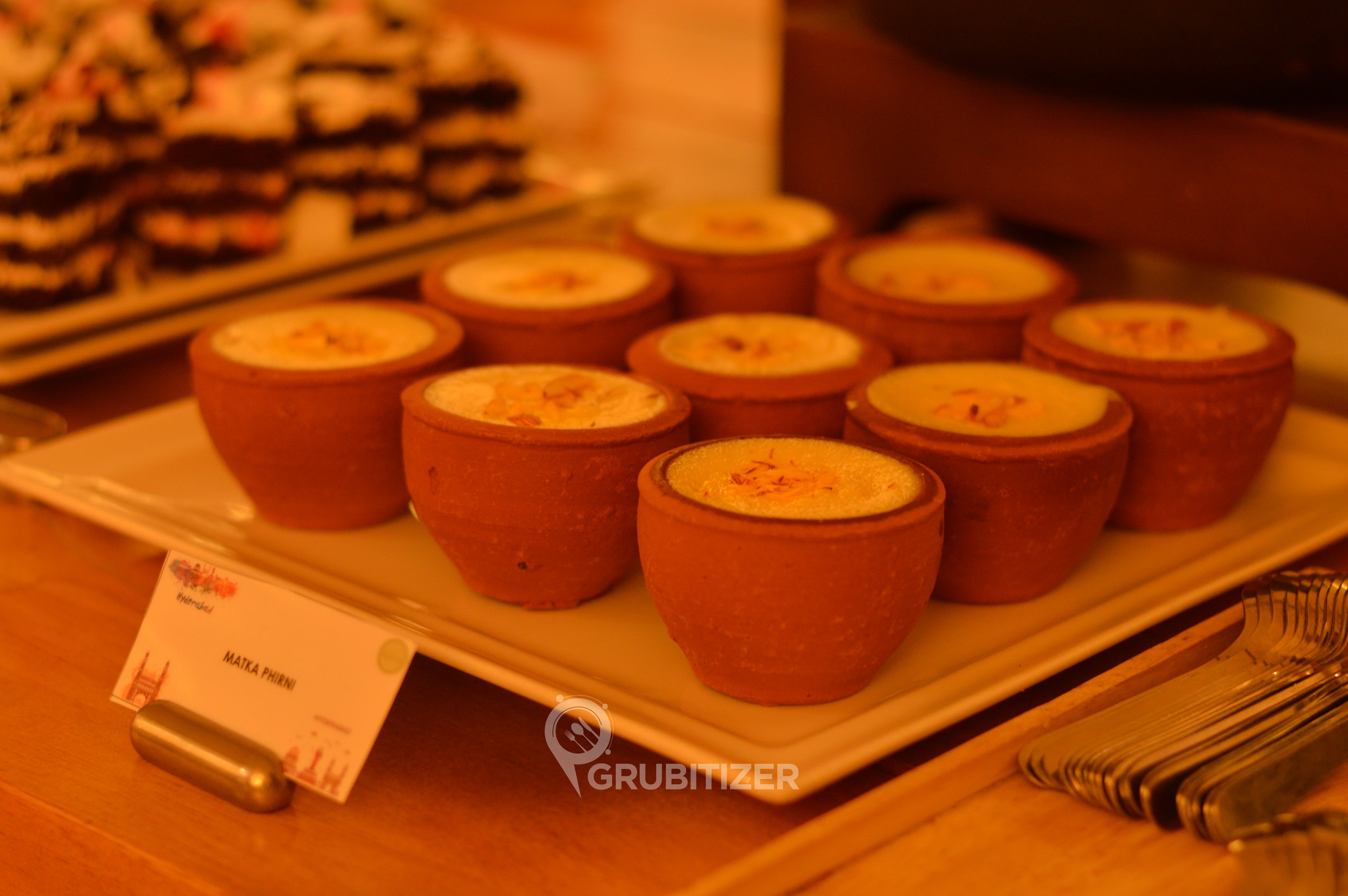 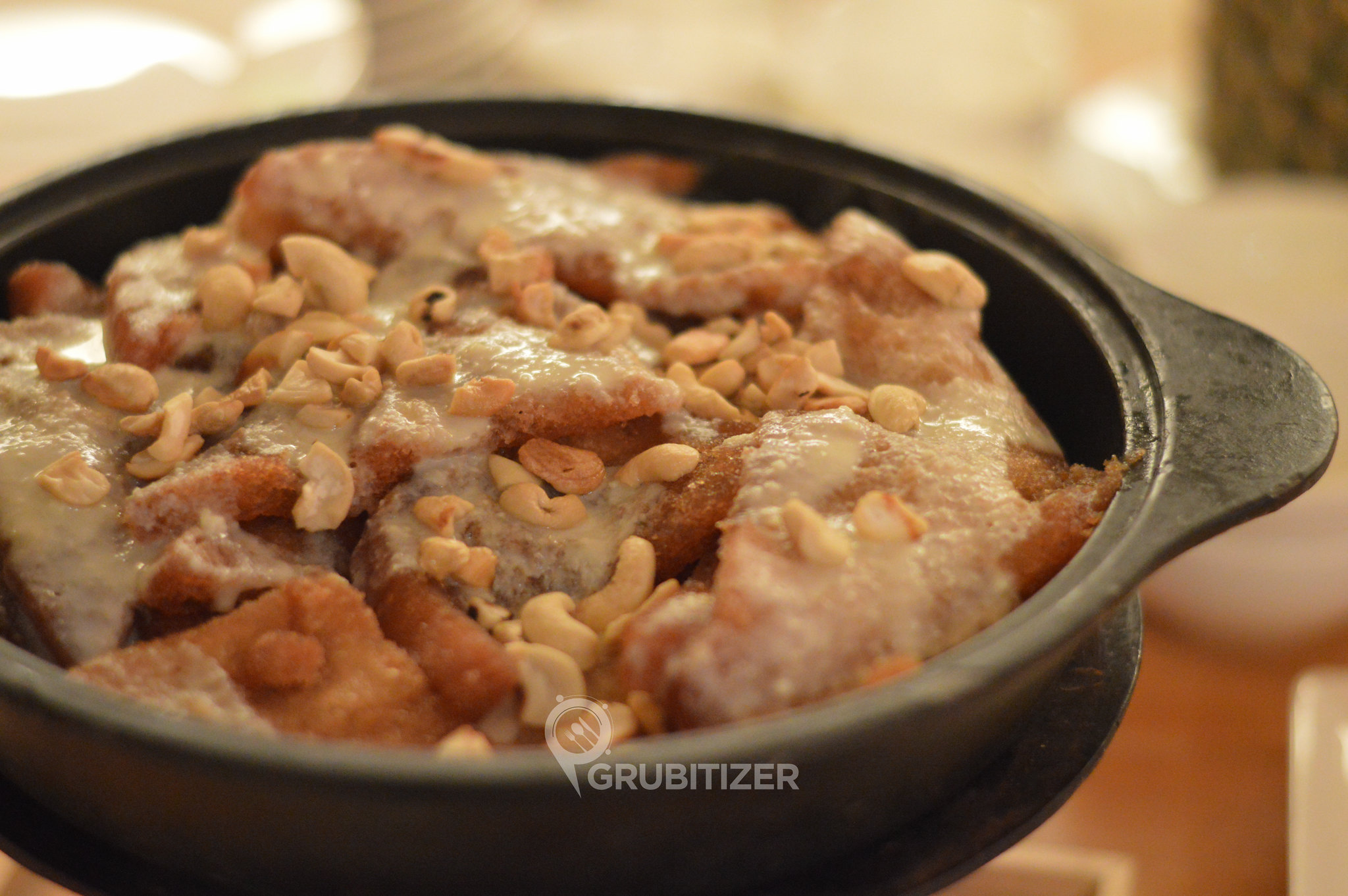 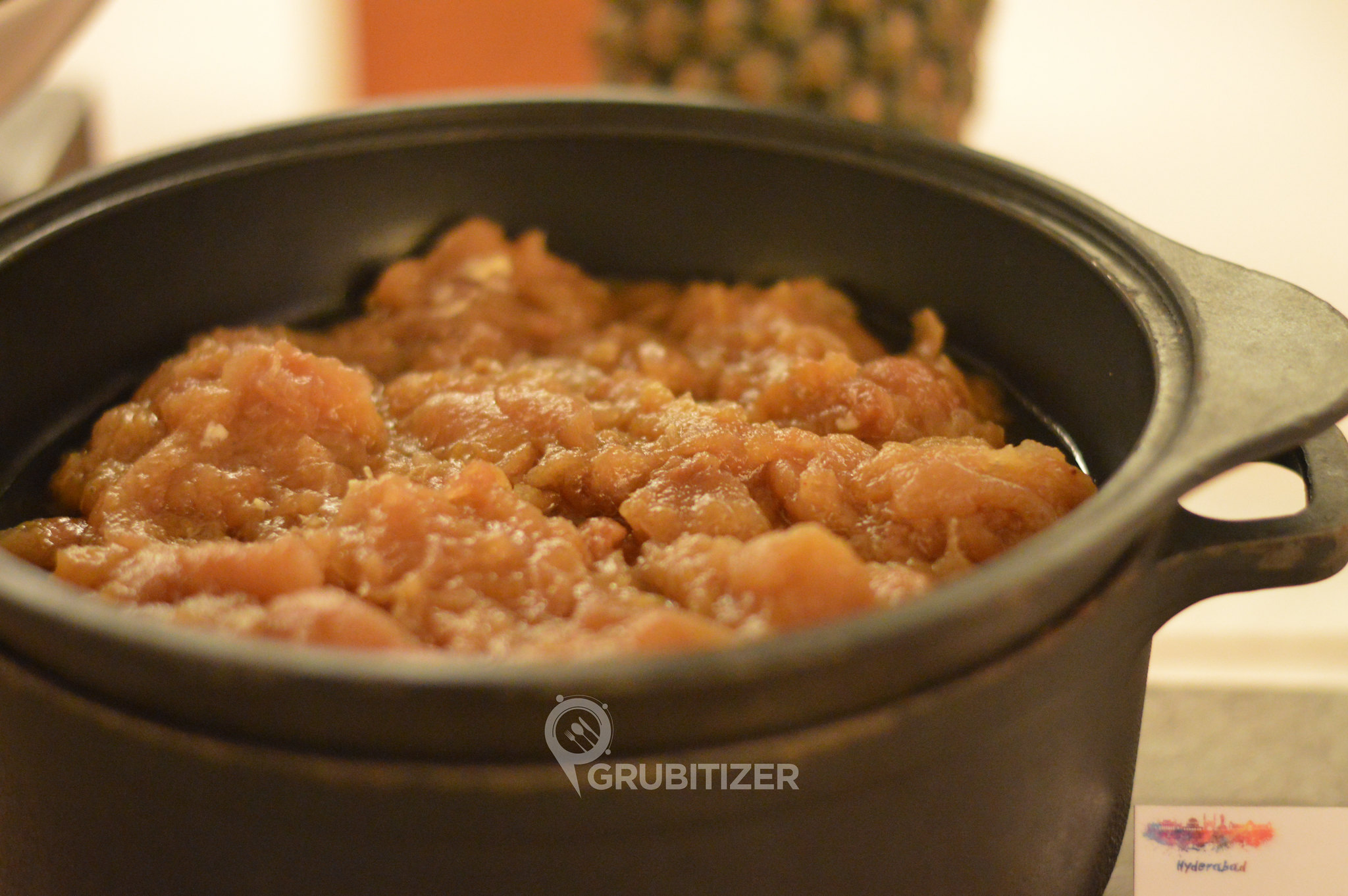 We ended our dinner by gorging on some brilliantly presented desserts which included Double ka Meetha and Qubani ka Meetha along with the usual pastries and cut fruits. I also happened to try their Phirni, a dessert item which seems to be a norm in every spread these days, but this one scored high because of its smooth texture and overall sweet content which was perfect.

GRUBITIZER’S VERDICT: The feedback I received about the food festival was positive, tables were booked well in advance by patrons to experience this rich spread. We were treated well and the courteous nature of staff is what makes your experience even better. The overall spread was a right mix of traditional Hyderabadi dishes and the usual offerings. In short, the time spent here did let us unravel the intricacies of slow cooking, because Hyderabadi cuisines doesn’t stop at food, it is a priceless legacy.