Tipsy bull, the bar stock exchange is relatively a new watering-hole in this part of town. Bellandur has very few classy places and Tipsy Bull has managed to fill that void in the best possible way. This places makes use of technology to entertain its customers, so how this is achieved? First and foremost is that you as a customer can control the prices, sounds cool rite! Now imagine close to 300 people at one time trying to do that. This is done using high speed WiFi, large screens and android/ios apps that show real time prices based on current usage. The algorithm that runs in the background calculates prices based on demand, if a particular drink is being ordered more then its prices shoot up and similarly the other way round. So keeping a constant eye on the screen is recommended as you can get lucky and there are chances that you can buy your drink for half the price value. Sounds exciting rite? 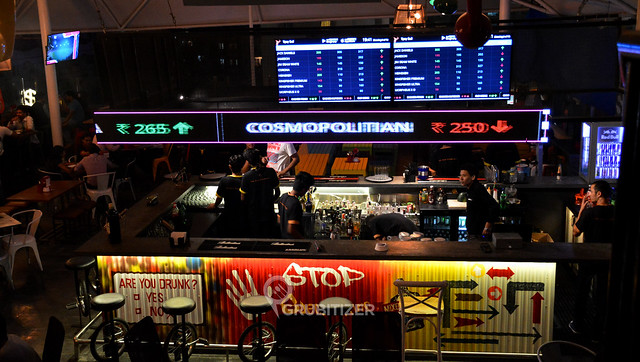 LOCATION & AMBIANCE:
Located opposite Citrus hotels (obviously other side of the road) and on the same building which houses the famous Punjabi times and glassy lounge. A lot of work has gone into setting up the interiors as you end up seeing tipsy bull branding done almost everywhere, be it minute things like the door handles or the plates. 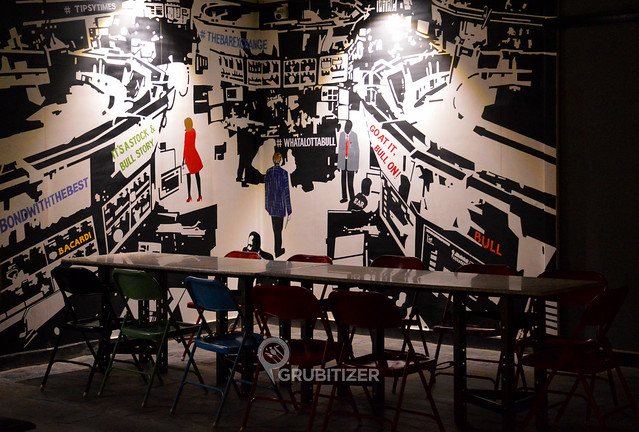 You can choose to sit facing the super large projector or on the makeshift roof which faces the entire bar, or in a slightly secluded place which is opposite the covered kitchen, the third option is the dining area near kitchen which is comparatively calm. 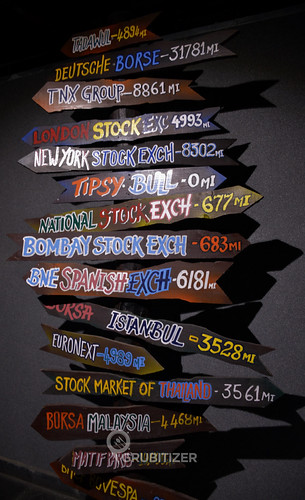 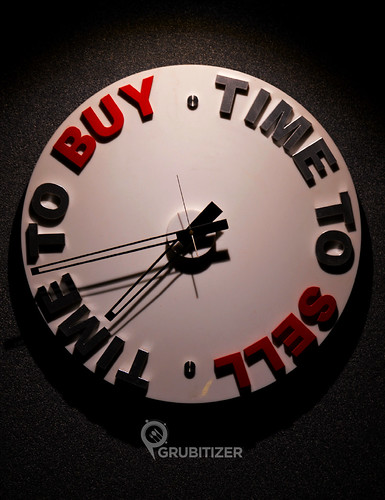 Coming to our order, we were a bunch of foodies who had a round of cocktails followed by the usual classic drinks. First to arrive was Fire on the rock, Mai Tai, whiskey sour, long island ice tea and screw driver. The presentation of drinks is good and makes it more attractive. 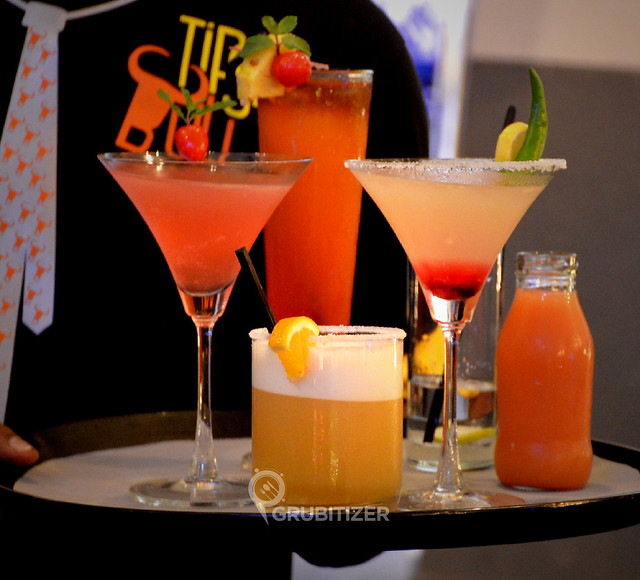 Fire on the rock is a strong mix and hits on your throat hard. Mai tai was easy to gulp and is sweet overall. Our next round included cosmopolitan, black Russian, pink lady and bloody Mary. Black Russian was the best of this lot, it is a vodka based drink (thanks Bala for the correction). Pink Mary has lot of pomegranate extracts in it. At the end of it, the cocktails served here can easily be compared to the best ones served in Bangalore. 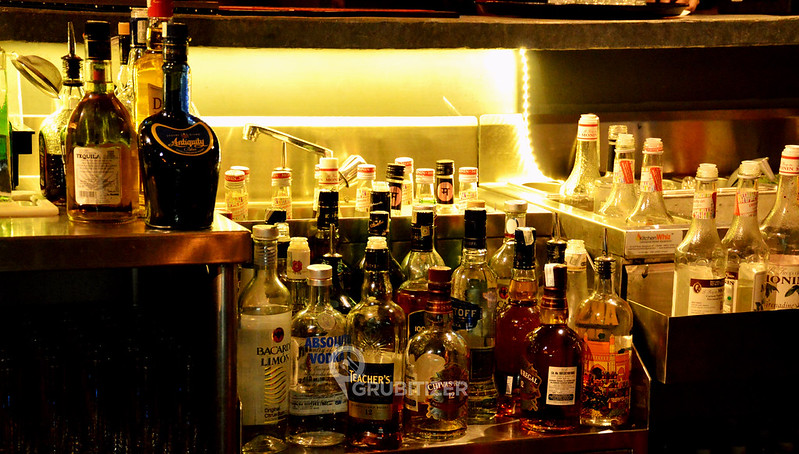 Food is something which has been given equal importance here. The chef here is so passionate that he was often seen at tables explaining the concept behind their ordered dish. We Started off with bar bites which was served in fancy looking bowls. It had 3 varieties- Schezwan peanuts, Indo Chinese bhel and banana weffers. All these are garnished well and but gets soggy if it’s not consumed early on. Schezwan peanuts are basically peanuts wrapped in batter and tossed in Schezwan sauce. Banana Weffers uses bananas which are directly sourced from Kerala, and it was pretty evident because of coconut oil essence. 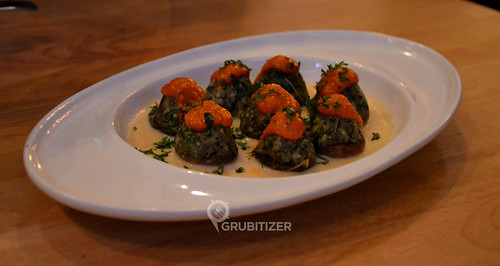 For starters we had Stuffed mushroom caps, which is mushroom caps in lying over cheese base and topped with makhani sauce, loved this vegetarian preparation. Amritsari Moong Dal Chilla is a Chilla rolled and cut into slices to make it easy to eat, it’s served with Pudina chutney and has that North Indian feel to it. Coin Idlis are tiny idly which is tossed in Schezwan sauce. Crumbly Paneer sticks is served in Chai glasses filled mint chutney at the bottom, the Paneer crumbles are deep fried. 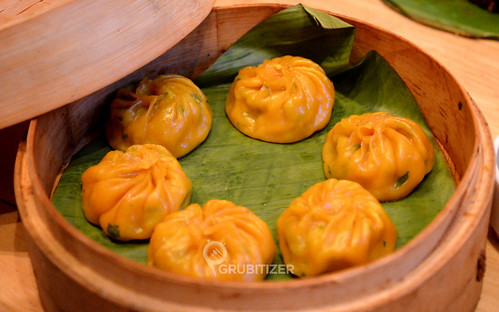 Then came the non veg starters which I was eagerly waiting for- Murg Tikka tossed in tomato sauce, fish Tikka dim sum, mutton pepper fry, ghee roast chicken and herb crush bake fish was on our table. All these were cooked to perfection. This was my second try at having Ghee roast after a failed attempt earlier, and I liked it to the extent that it has regained my faith in this dish 😛 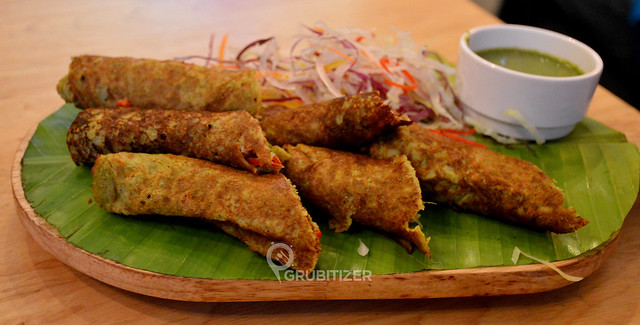 Fish tikka dim sum was a surprise package, the Momos were super soft and the filling inside was unique because Tikka-Momo combination was a new thing to me and it ticked the right boxes with respect to taste. Mutton again was a delight, succulent pieces infused with pepper, it goes well with liqueur! 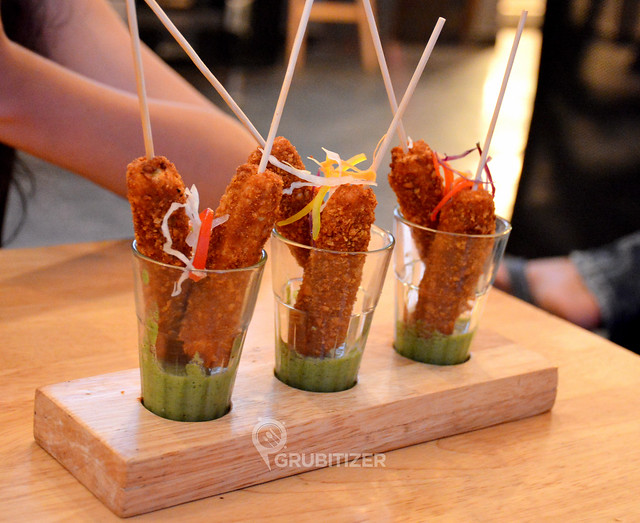 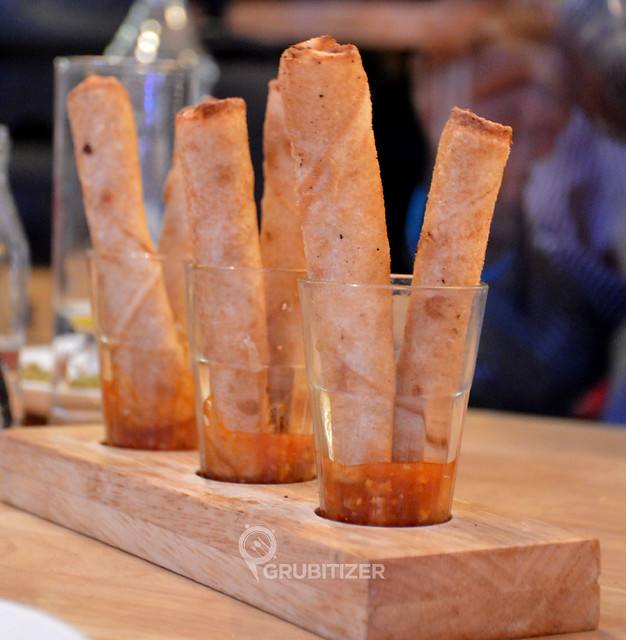 Lastly we had the pizzas, Peri Peri pizza (chicken) and roasted pepper pizza, both on a thin crust base and sized pretty big for the price you are paying. It somehow had more cheese than toppings but the seasoning (Peri Peri and pepper respectively) was spread generously and added on to the taste. 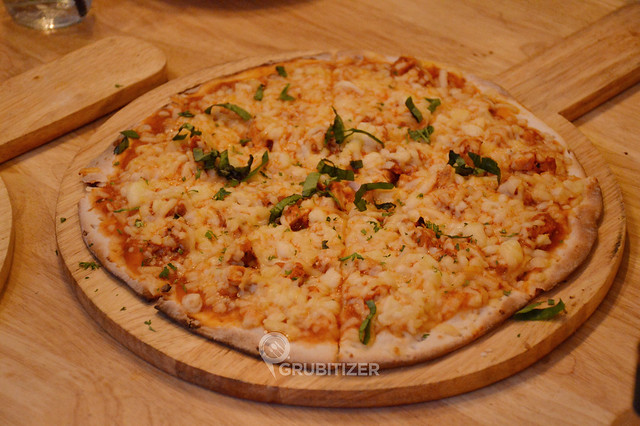 Dessert was Jamun with Rabdi, a nice combination of traditional North Indian delight topped with tiny Jamuns, these were served in cocktail glasses which made them look very different from the usual. 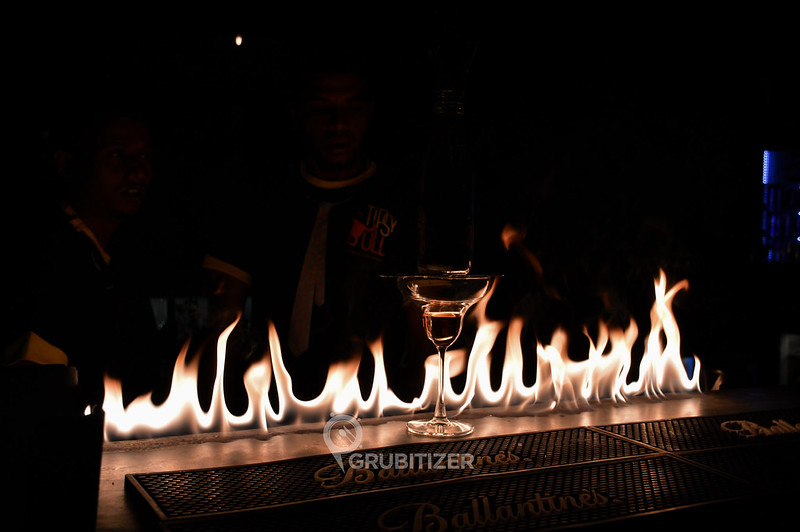 Some drama at bar counter to entertain people!

Overall the experience here is great, the place is super lively and can easily act as a mood changer. Service is amazing and the staff here is well informed about their concept (Bar exchange) and vast food menu. I have been to this place on three occasions by now, first one was through an invite and rest two as a normal customer and I must say there was no difference in the way I was treated. At the end of it all I have to say is that they have got the three main factors right – food, drinks and entertainment.

Visit their Zomato page below to know more :