Most of us would be familiar with Palm Oil and various health benefits associated with it. Well, to be frank I was vaguely aware about it but the recent session I attended which was conducted by Malaysian Palm Oil Council (MPOC) which did impart a lot of fruitful and fact based information. They say Palm Oil is said to be a nature’s gift to Malaysia and, Malaysia’s gift to the world! 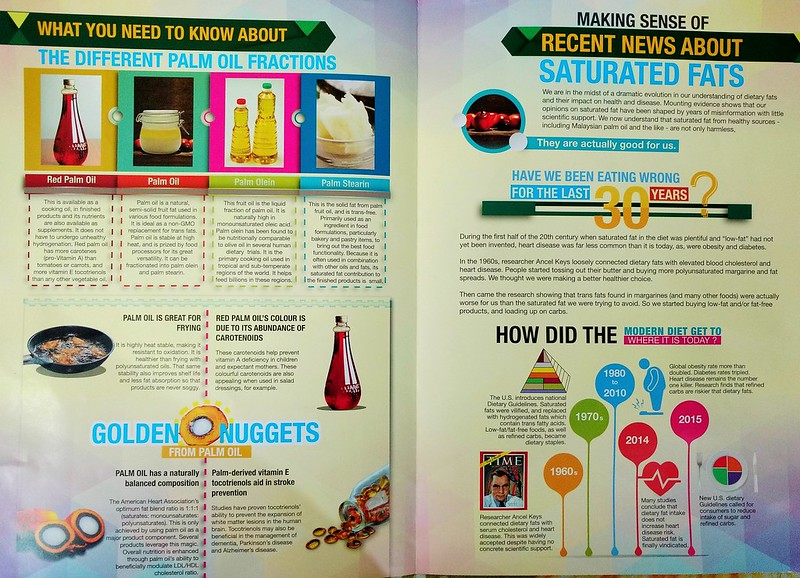 Palm Oil is the world’s first certified sustainable vegetable oil. It is associated with a lot of health benefits, some of which are: 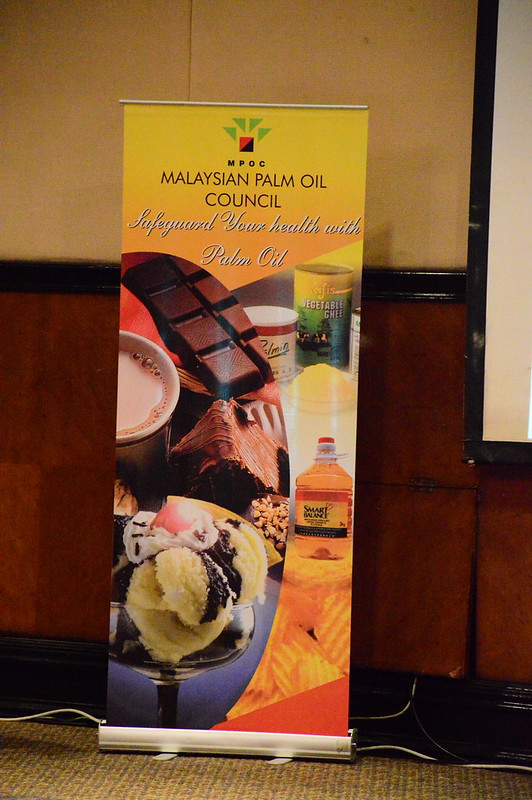 Recent times have seen some false campaigns about Palm Oil production in Malaysia for which MPOC has responded to these false allegations. First one being that Malaysia is responsible for deforesting rain-forests and destroying wildlife, which seems irrelevant as the Malaysian Government has committed to protect atleast 50% of the land as forest, a huge percentage which no other country has matched. Then it was told that palm oil has negative health qualities, but these were countered by a recent study from French Foundation for Food and Health who explained that palm oil is not hazardous and highlighted the fact that palm oil has an important role to play in reducing trans fat consumption.

Coming back to the bloggers meet which was held in Trinity Banquet, Taj Vivanta saw an elaborate presentation by Bhavna Shah, Country Representative for India and Sri Lanka of the Malaysian Palm Oil Council who explained in detail about various trends and developments in Palm Oil industry and how cleanly the environmental policies are being followed while producing Palm Oil in Malaysia. The session was much needed as it cleared a lot of wrong understanding which surrounds this industry.

This was followed by an informative session by Dr Meena Mehta, Vice President of Indian Dietetic Association of India who emphasized on best usage and different health benefits that come along with consumption of palm oil in our daily diet.

The fun part which followed saw a lot of games being played amidst all the selfie and photo sessions. It was a nice event altogether, the facts about Palm Oil and its advantages needs to be spread, at the same time there are many misconceptions revolving various geographical and social aspects of this industry which are baseless and needs to be ignored unless it is backed by strong background research.

You can visit MPOC’s official site by clicking here to get further information.

@kebapci.blr is one of the newest entrants in the Turkish food scenes of Bangalore, the brand has seen a huge fan following in Chennai and it is now here to entice the meat lovers of Namma Bengaluru.
#drinkresponsibly #dontdrinkanddrive
The joy of experiencing a weekend staycation with friends is clearly seen in this post 🤣 swipe along this post to see what I meant!
There is an old saying that says - eat breakfast like a King, lunch like a Prince and dinner like a pauper! While this holds true on most of the days for me, I managed to do the same during my stay at @aloftbengalurucbp .. all thanks to their superb hospitality and a great team of chefs in the kitchen!
If you are thinking of Cambodian food in Bangalore, then Khmer Kitchen is the place to visit! This tastefully built restaurant has plenty of natural elements, so much that they have designed the interiors in ways that did not disturb the trees present inside the house! Yes, the place was once late Mr Girish Karnad's bungalow. It has artefacts and paintings that depict oriental essence, a classy bar counter and a lot of cosy corners and private dining areas.
Craving for some burger?! Check out the Breakfast Bagel Burger at @spot_360 😋 there’s this and plenty more 🍔 options to choose from at this swanky rooftop and poolside bar at @doubletreehiltonbangalore
It is that time of the year where ideally we are supposed to see many groups of people gather and celebrate Holi, the festival of colors that we all look forward to celebrating in the best way possible!
Throwback to my first spa session after lockdown that also happens to be the most relaxing moments of 2021 so far.. the various wellness treatments at Kaya Kalp, @itchotels indigenous spa brand is not to be missed when you are at @itcgrandchola #chennai
Here’s a glimpse from the launch event of India’s first ever Ready-To-Drink Gin&Tonic, the G@T 2.0 from @saludbeverages , a new-age craft spirits brand that is here to change the way we perceive Gin and from there on, take it to a larger audience!