Koramangala doesn’t shy away from options when it comes to choosing a dining destination, the entire space is packed with every kind of restaurant you can ever imagine of. But then I personally feel that there are relatively few restaurants that cater to true North Indian cuisine. Helloo Delhi is one such place located at the heart of Koramangala, 4th block to be specific (lil ahead of Flipkart Signal when traveling towards Sony world), the brand is well established and  their first outlet is located in HSR Layout which was opened 3 years ago. 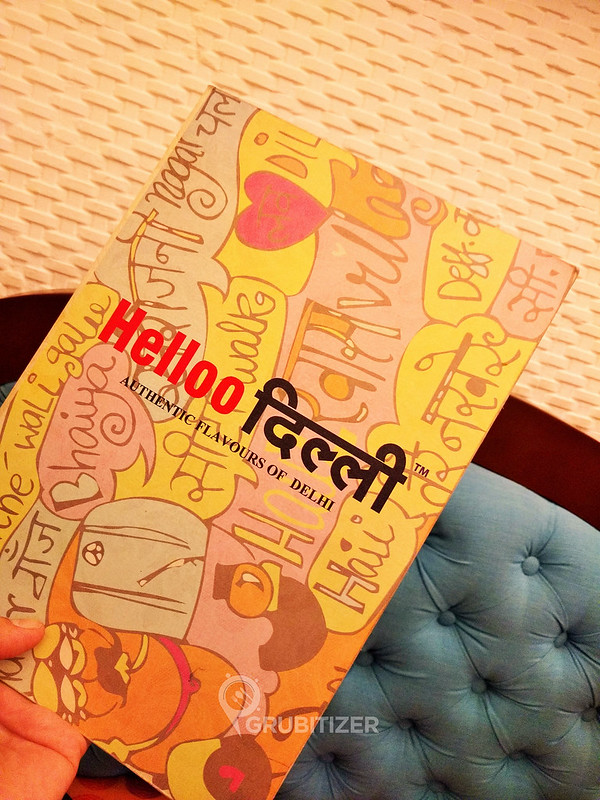 The other day we (myself, buttertheory and junkietribe) were in search of a restaurant that specializes in North Indian cuisine (Punjabi to be specific) and had decided to visit Baba Chatkora in BTM Layout. Well, the plan seemed brilliant but the thought of driving so far put us down. Buttertheory then remembered that we had an invite from Helloo Delhi and instantly decided to visit this place (plus it is hardly any distance from my house..!!!) 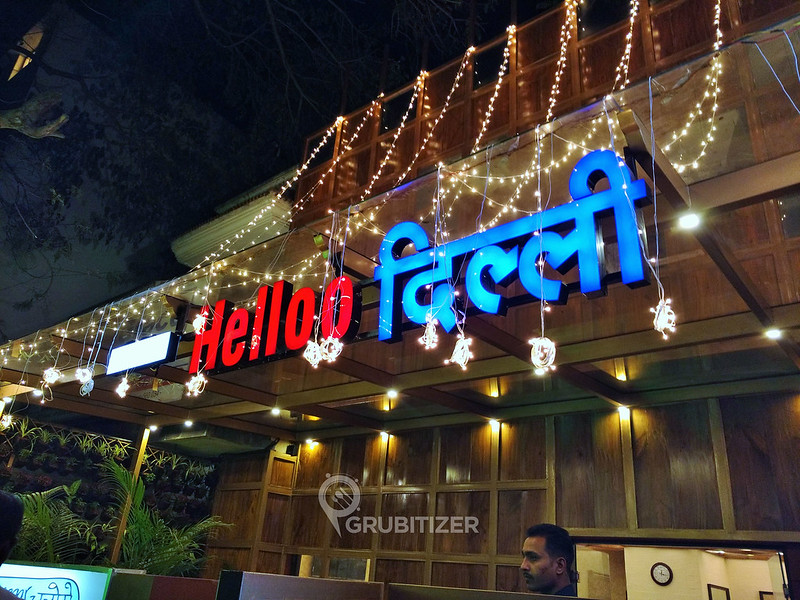 Helloo Delhi is a brightly lit up place and easily noticeable from main road, the place can seat around 50 people at any given time, I liked the fact that this can be your perfect destination to have a cosy meal with a perfect family atmosphere. You do get to choose a private dining area upstairs which can cater to groups of upto 10 people.

We were greeted by Mr Karan Kapoor, owner of the place and Chef Raju Vinkar who has joined Helloo Delhi recently. We told our preferences and what followed next was a perfect North Indian dinner which all of us were craving for the entire day.

Our beverage order consisted of – Chaas, Gulabi Lassi, Pisteywali Lassi, Aam Panna and Virgin Mojito and Jaljeera, so that makes it 2 drinks per person which by itself means that we loved each and every thing that came by except the Virgin Mojito which can be tweaked a bit by making slightly sweeter. Aam Panna and Chaas were my personal favourite among the lot. 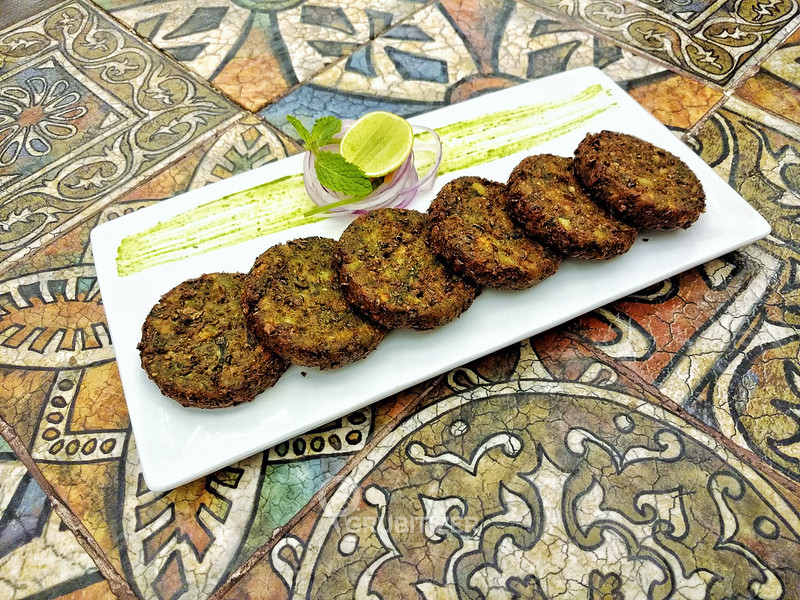 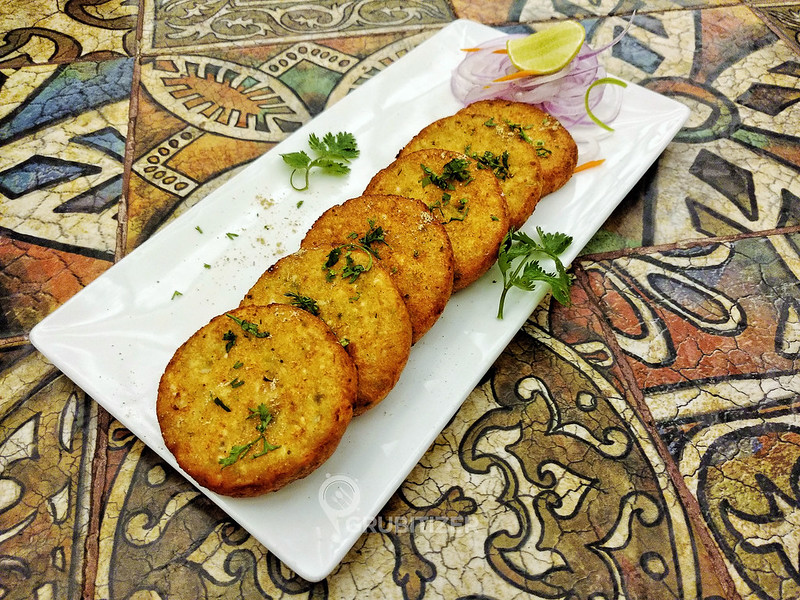 We then started with an arsenal of vegetarian and non-vegetarian starters. First to arrive was Cheesy Hara Bhara Kebab, a dish which I was having for the first time to be frank and totally fell in love, after all anything that is fried and has cheese gotta taste good. This was followed by Dahi ke Kebab- hung curd patties with Indian spices. 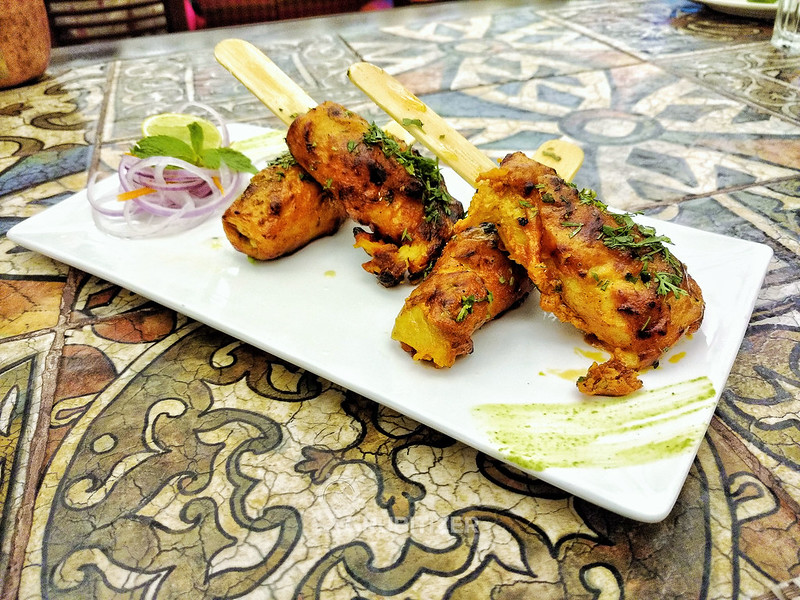 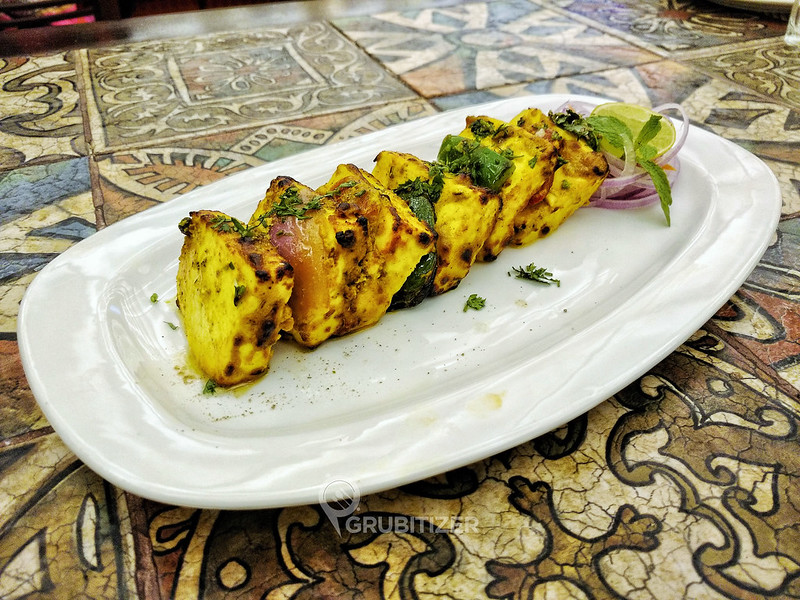 Highlight of the vegetarian starters section was Amritsari Soybeen Chanp, it comes like popsicles and has marinated soybeen chunks which are spiced adequately and cooked in tandoor. Hell0o Delhi offers three variants of Paneer Tikka and we ended up trying two of them – Helloo Delhi Paneer Tikka and Lazeez Paneer Tikka, where the former was more on spicier side. 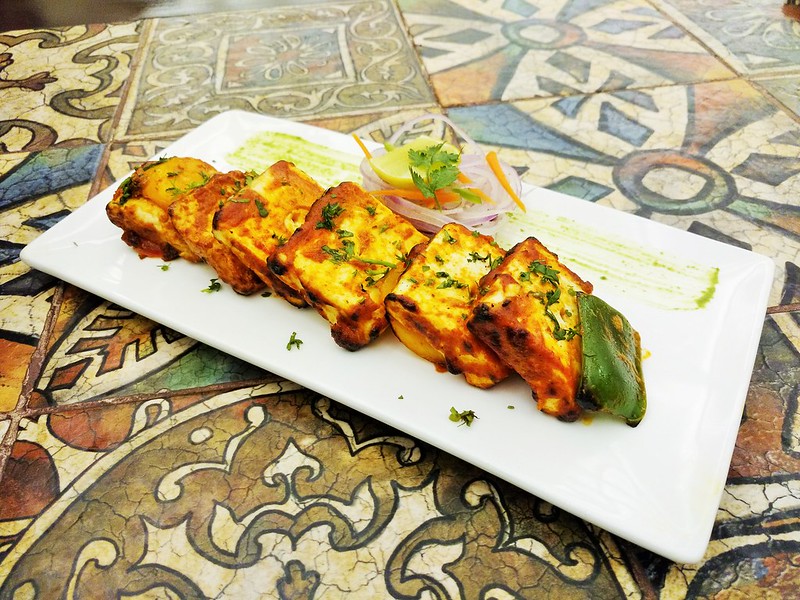 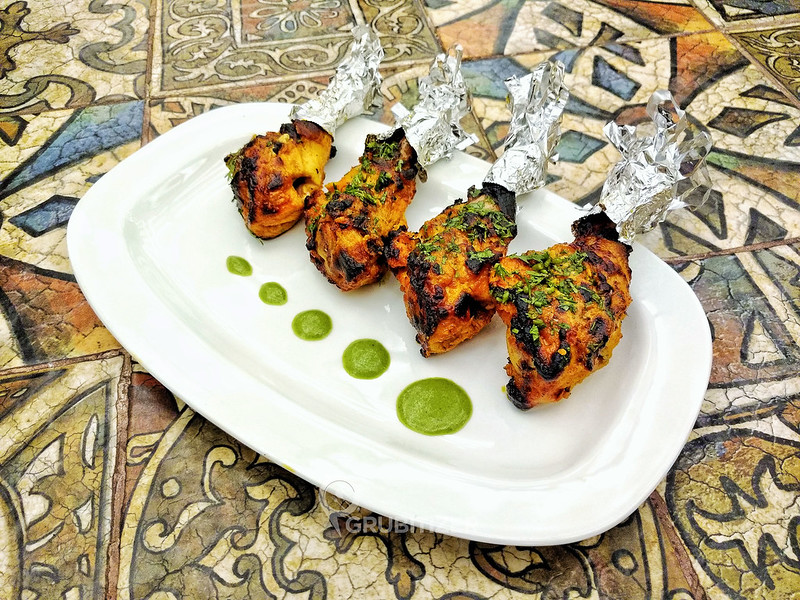 Then came in the non-vegetarian starters, a section of the menu which I feel benchmarks a north Indian restaurant. Doodhiya Murg Malai Kebab was served first, it is marinated in a rich mix of cream and cheese which makes it non spicy. We then had Murg Reshmi Seekh Kebab and Tangri Kebab which can be a good addition to your order if you want flavourful but less spicy chicken preparation. 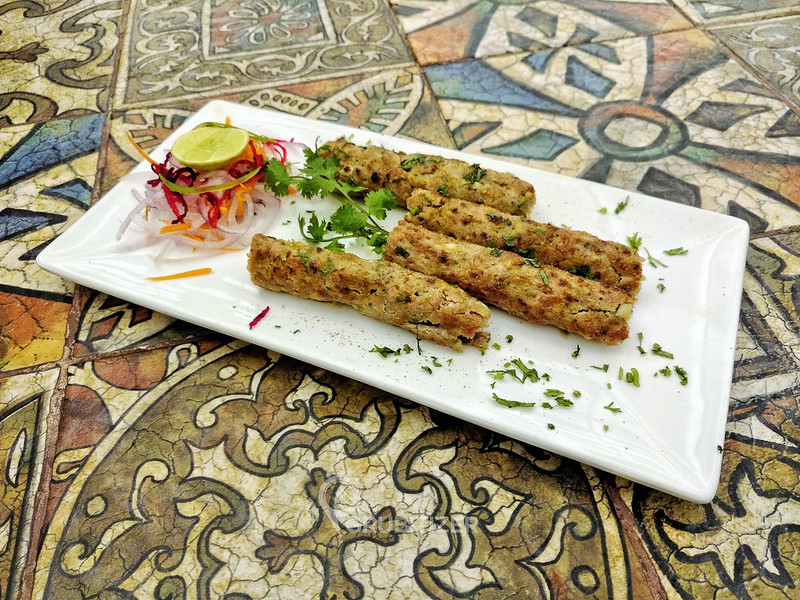 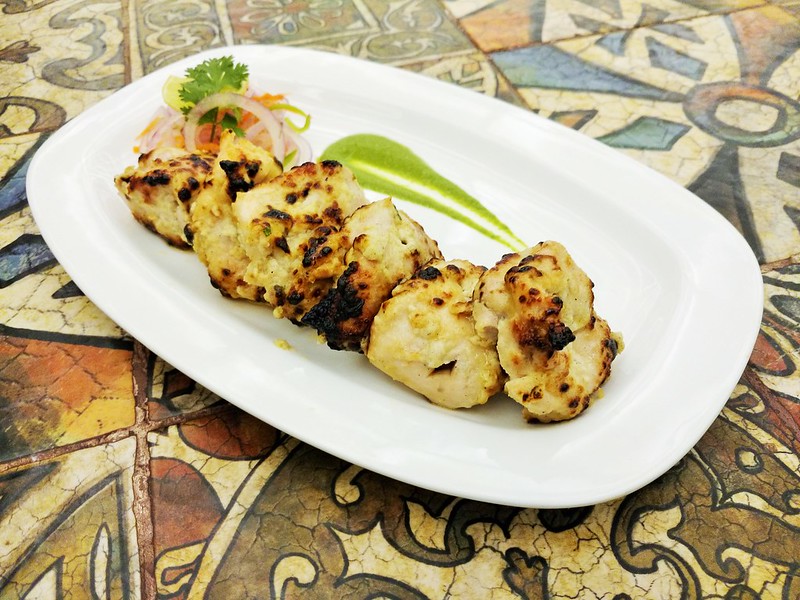 Bhuna Murg Tikka is boneless chicken marinated with Indian spices and cooked in Tandoor. You even get Amritsari Machhi Tikka which can satisfy any sea food lovers desire to feast on perfectly cooked fish, the best part is that meat did not break unevenly when we glided the knife in, plus it did not have any annoying odour which goes on to show the quality of meat used is top notch. 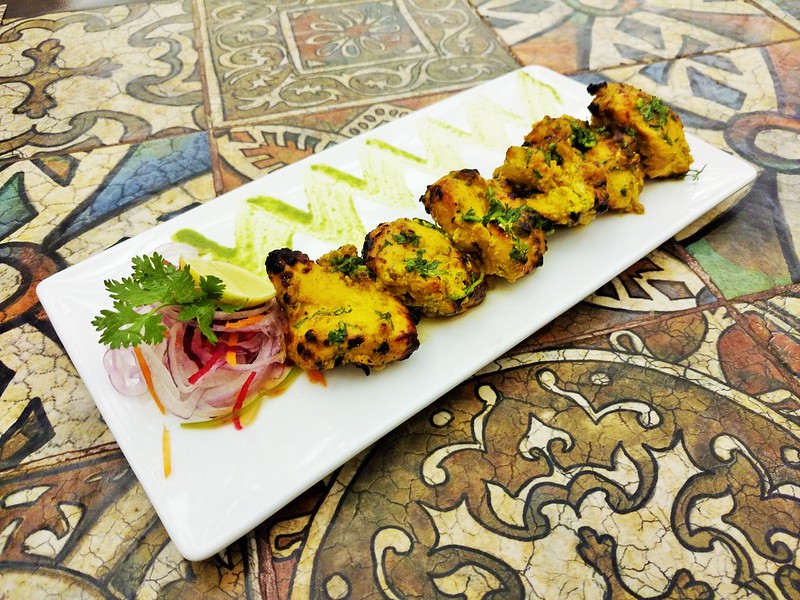 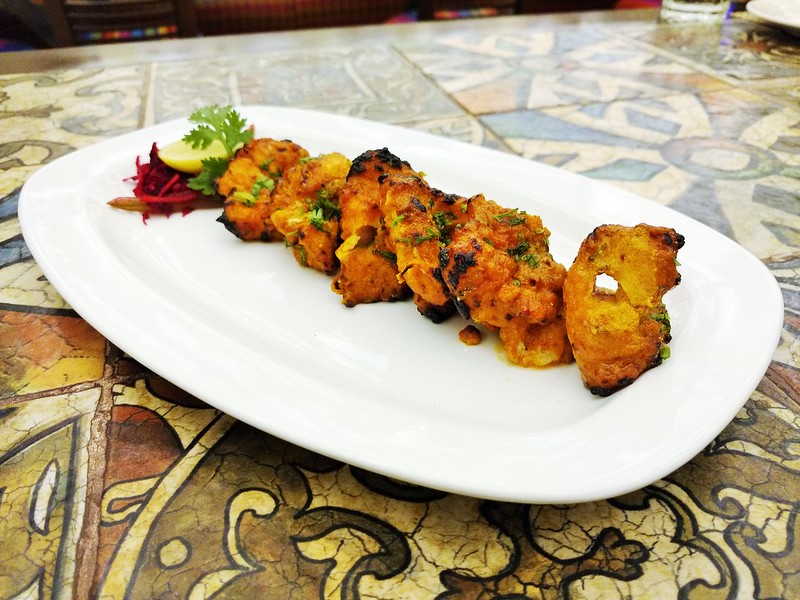 What we had till now was shared by just 3 of us and we were pretty much stuffed but then who can refuse Butter Chicken and brilliant Dal Makhni when you are in a Punjabi restaurant!! Soon my plate was filled with delicious Murg Makhanwala and Dal Makhni which is said to be cooked for over 24 hours. 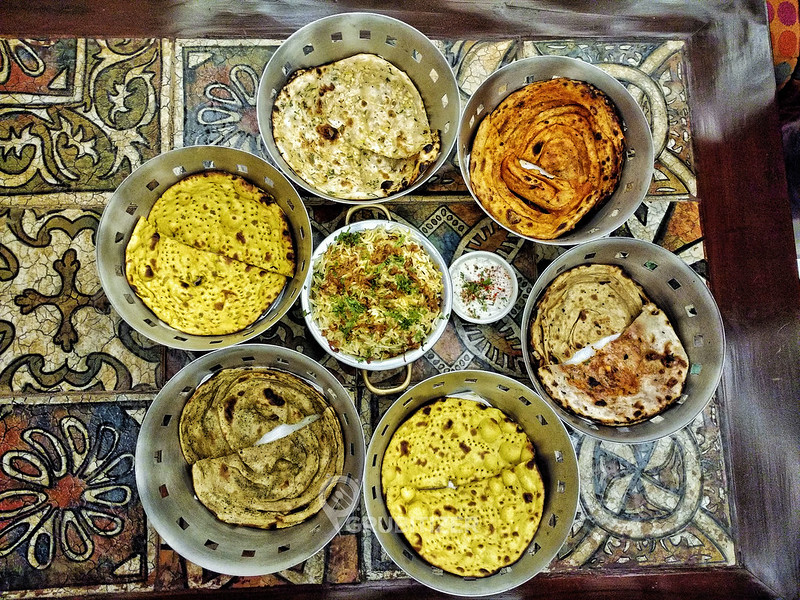 Helloo Delhi is one of those rare restaurants that has the signature Punjabi combination – Sarso da Saag and Makke di Rotti in their menu, and we tried that as well… easily a must have when you are here. I enjoyed pairing Paneer Lababdar with Butter Naan, this particular Paneer gravy is cooked with Onions and Tomatoes and then finished with a touch of cream and butter… man the sound of it is making my mouth water… I am sure to pay them another visit very soon for this! 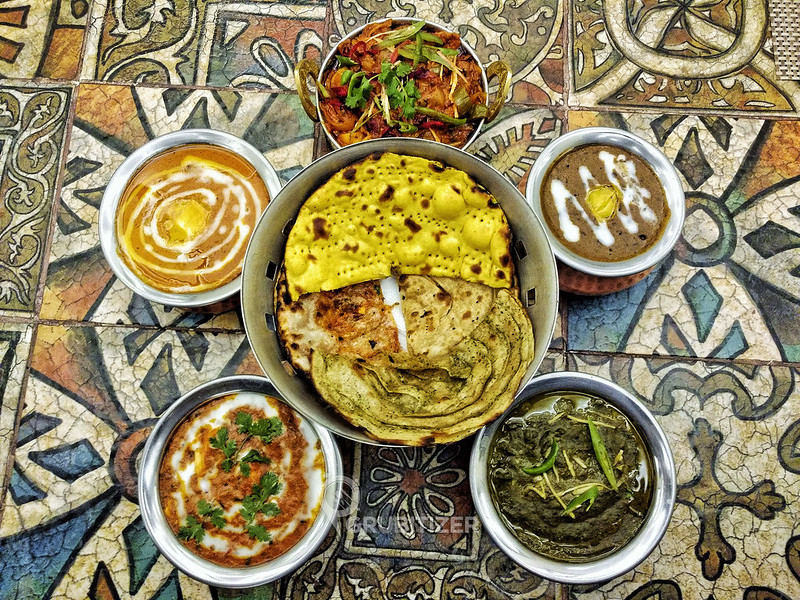 We paired all of this with over 9 varieties of Roti/Indian Breads. If you are here on your own then this can spoil you for choices but then I suggest you take inputs from the staff to know what type of Roti will go well with the curry you order. 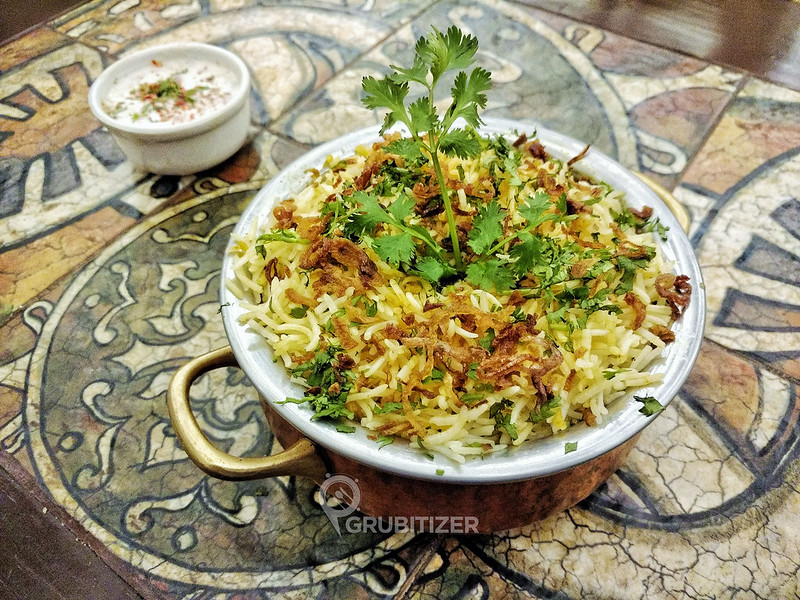 Chef then bought Murg Biryani, it was non spicy for a change but cooked in a very authentic manner as the Masala was spread within different layers with chunks of chicken buried deep inside, they use long grained Basmati rice which enhances the overall feel good factor of eating a Biryani. 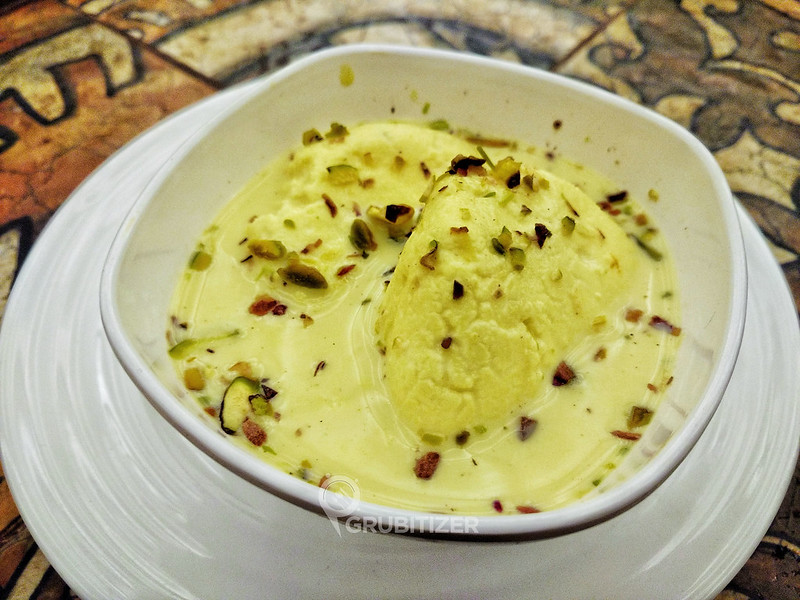 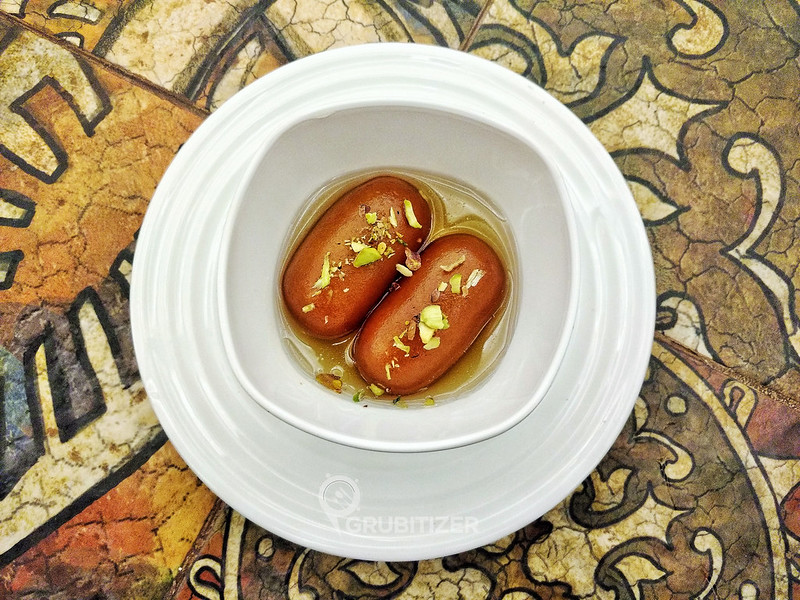 We ended our dinner with the customary serving of dessert. Helloo Delhi managed to surprise us with its authenticity even in this section of the menu by including the famous Delhi ki Cassata. We even tried the delicious Moong Dal Halwa followed by Rasmalai and Gulab Jamun. I can gladly say that we loved everything that was served here! 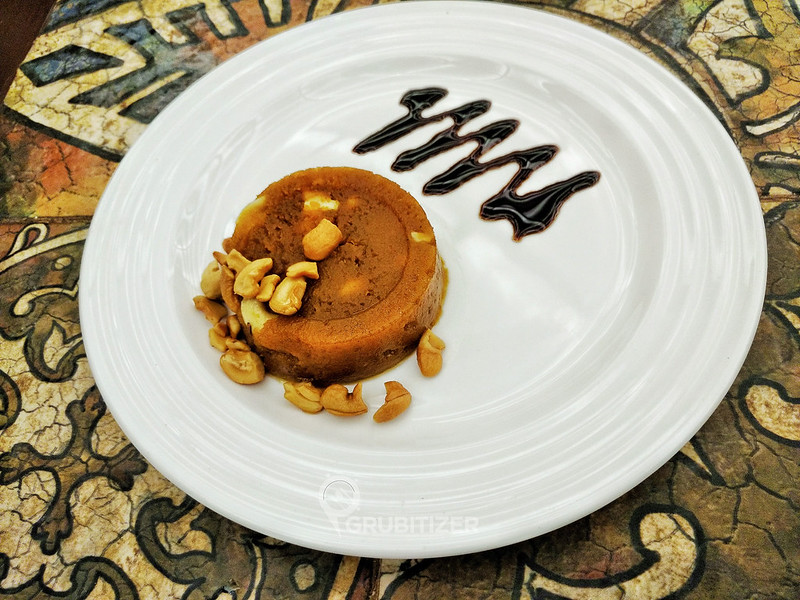 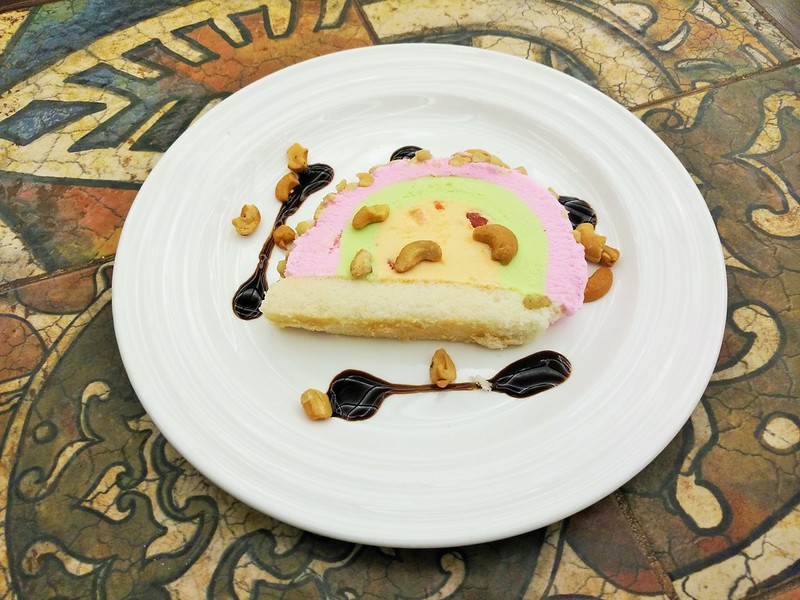 In short, Helloo Delhi is that restaurant which follows basic rules of culinary definitions in the best possible manner… Every dish is prepared with more emphasis on the quality of ingredients used which by default translates to rich food on your plate. Do pay them a visit if you are in a mood to try authentic and no nonsense North Indian food!

One thought on “Helloo Delhi – Koramangala”