Next Stop Kolkata! is Monkey Bar’s take at recreating the finest flavours derived from the iconic streets of Kolkata. With the onset of Durga Pujo, the celebrations we see around Bangalore and other parts of the country in the form of Pandals where people from all walks of life come to enjoy the festivities is a delightful sight in itself, while we prepare ourselves to witness the grandeur of the festival, let’s not forget about the much needed Peyt Pujo as that’s something this post is gonna talk about. 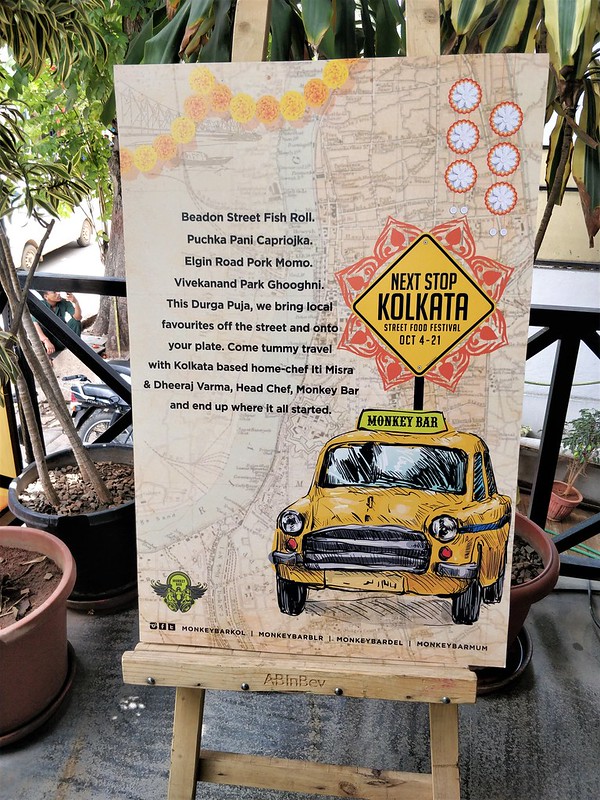 Kolkata based home chef Iti Misra and Monkey Bar’s Head Chef Dheeraj Verma have scoured the by-lanes and non-descript stalls of Kolkata to curate this festive menu that highlights the best of Kolkata’s street food. “Next Stop Kolkata” brings alive the sights, sounds, memories and aromas of Kolkata’s vibrant streets with a menu of small plates, mains and cocktails, each with a signature Monkey twist. So, what can you expect from your visit to Monkey Bar during this season? From the Beadon Street Fish Roll to Girish Park-er Shoitan Deem, College Street Hing-er Kochuri to Chitpur Road Chicken Rezala, from Tiretti Bazaar Prawn Dumpling to Esplanade Mughlai Porota, Vardaan Market Moong Daal Pakodi Chaat to Elgin Road Pork Momos, Lake Market Chicken Kabiraji to Vivekanand Park Ghooghn. The menu covers it all- vegetarians and non-vegetarians. And if all that food leaves you parched, there’s Piara Peara, Puchka Caipiroshka, Thaanda Chaa and other heady libations to keep you hydrated! 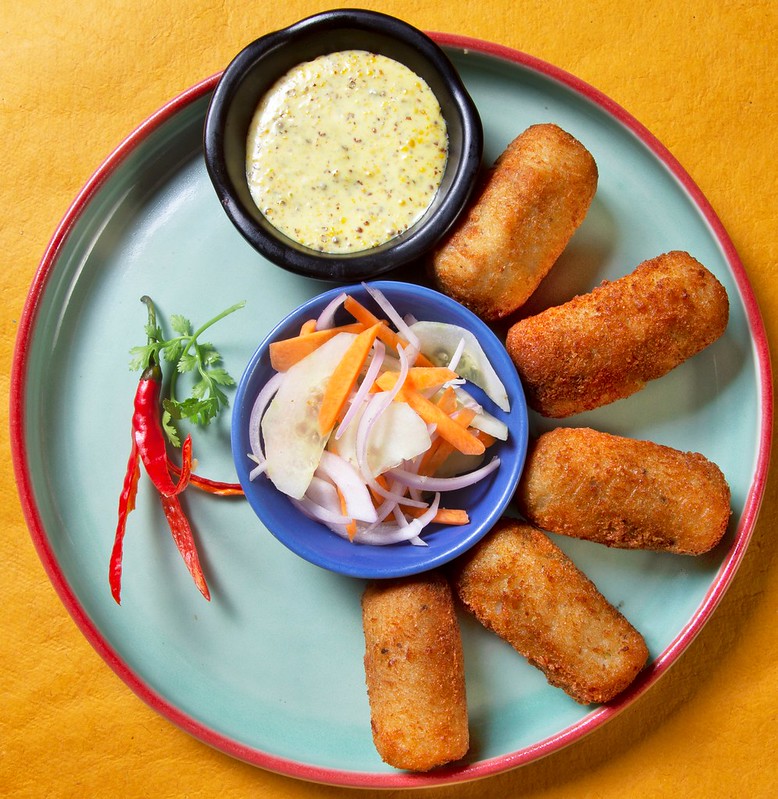 It was my visit to Monkey Bar and I was all excited to experience the food from this festival menu, thanks to being surrounded by a lot of people from West Bengal but as common as it can get – I have never been treated to a full-fledged meal by them! 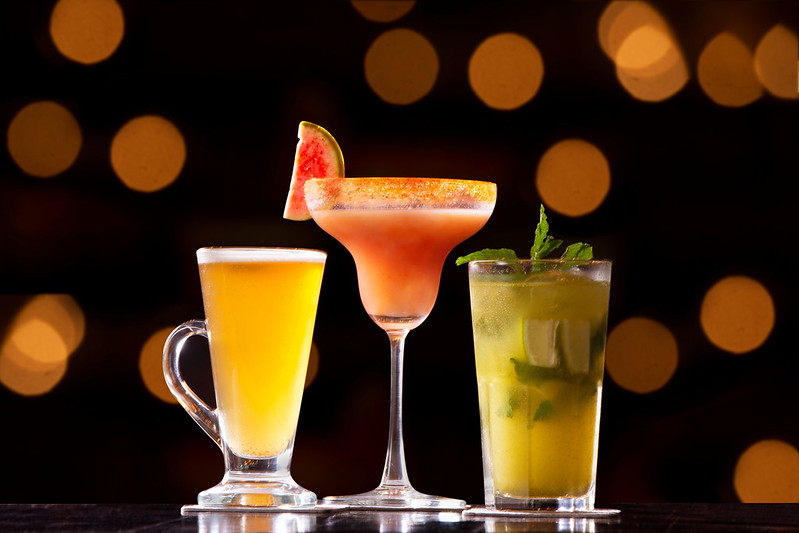 First up was the Vivekananda Park Ghooghni, a famous evening snack made from curried white peas topped with potato salli and a drizzle of tanginess. This was followed by everyone’s favourite, Girish Park-er Shoitan Deem, here the eggs are boiled for exactly six minutes rendering the yolk slightly runny, then encased beautifully in minced Shammi kebab and fried to perfection. 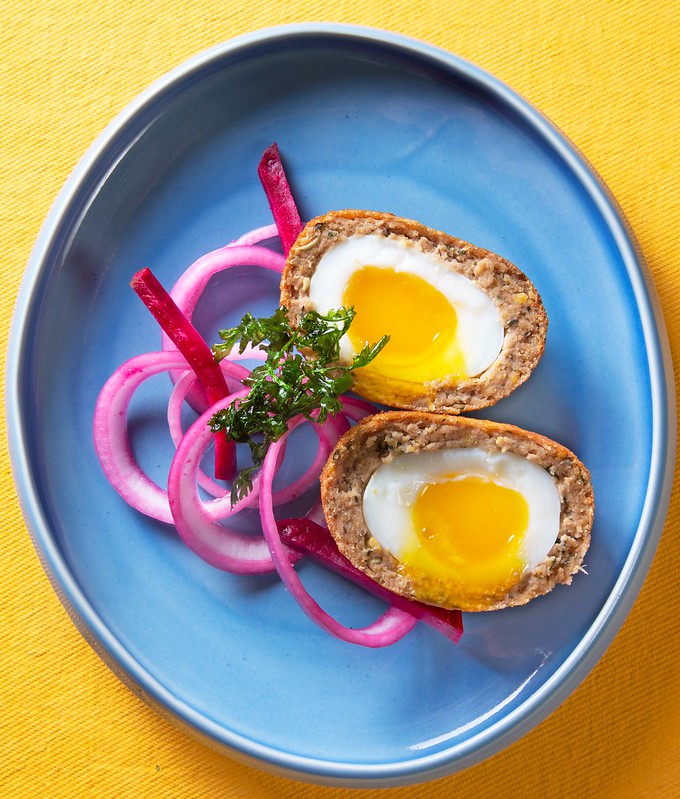 While we were munching on the food, our cocktails arrived. I had ordered for a Puchka Pani Capriojka, a vodka-based concoction containing the famous Gondhoraj Lebu, fresh mint and Puuchka Pani (Pani Puri wala taste!). I tried my neighbours Thaanda Cha as well, this vodka based cocktail is infused Darjeeling tea and has good amount of spiciness in it. 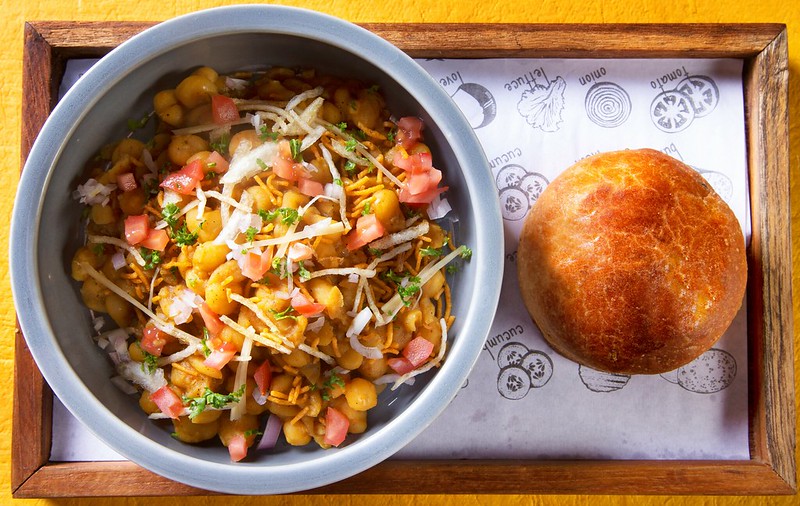 Then came in the Beadon Street Fish Roll, these are smoke fillet of Kolkata Bhetki that are stuffed with curried shrimps, then perfectly fried to get that appealing crispy brown texture. Don’t forget to pair it with Kasundi mustard spiked salad that comes along with it, this combination is a sheer delight in itself. We also got to try the Chitpur Road Chicken Rezala, the mildly flavoured chicken curry made with cashew paste and poppy seed paste is slightly sweetish in taste and goes very well with the teen Kona Parota. 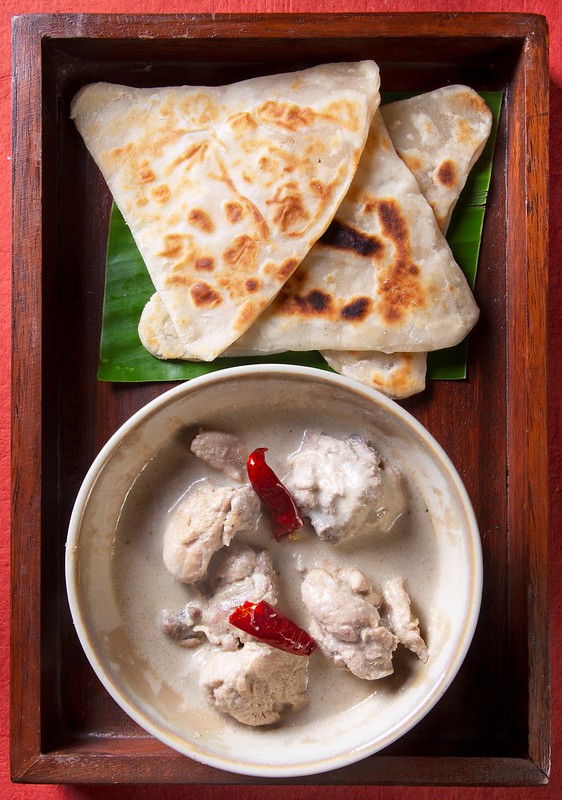 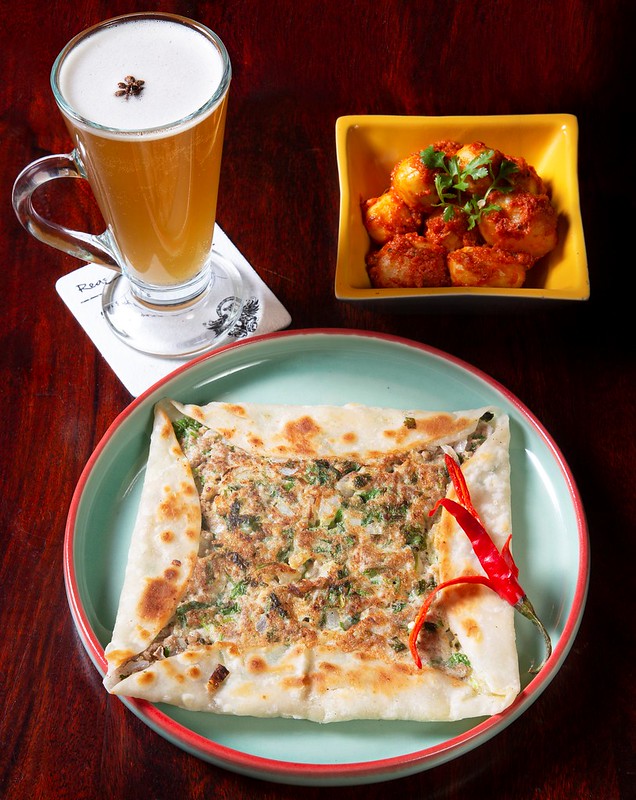 There are other delicious renderings of the Kolkata Street food like the Vardaan Market Moong Daal Pakodi Chat, Elgin Road Pork Momos, Tiretti Bazaar Prawn Dumplings and a lot more dishes that can be savoured from the festival menu at Monkey Bar. The ‘Next Stop Kolkata’ menu is a delight for every epicure, who has memories of stopping at roadside stalls across Kolkata to sample its fare and an introduction to this smorgasbord of tastes and flavours for the uninitiated.

NOTE: Grubitizer was invited to preview the festival spread and the meal was complimentary. Pictures in this post are provided by Monkey Bar and the article contains snippets from the National Press Release.