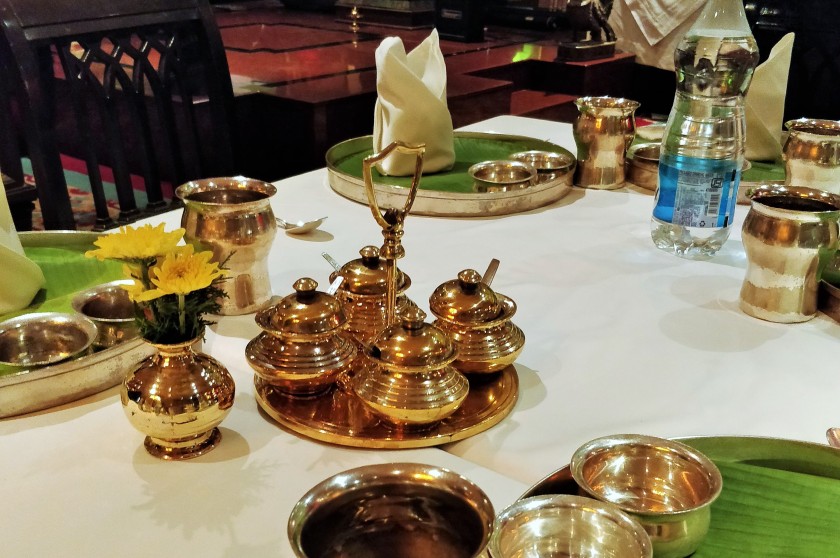 Dakshin, one of the oldest and heritage-rich restaurants in South India recently completed 30 years and it called for a grand celebration! This post talks just about that where the excitement began from the minute we got to know that Grubitizer shall be part of the party! The journey was fun, we met old friends and made new ones during the trip, the itinerary looked interesting, we had some really great meals during our stay, Crowne Plaza Chennai Adyar Park pampered us a lot and the list seems never-ending if I have to talk about the highlights of this FAM trip. So yeah, read on to know more about our visit to Chennai, the Detroit of Asia! 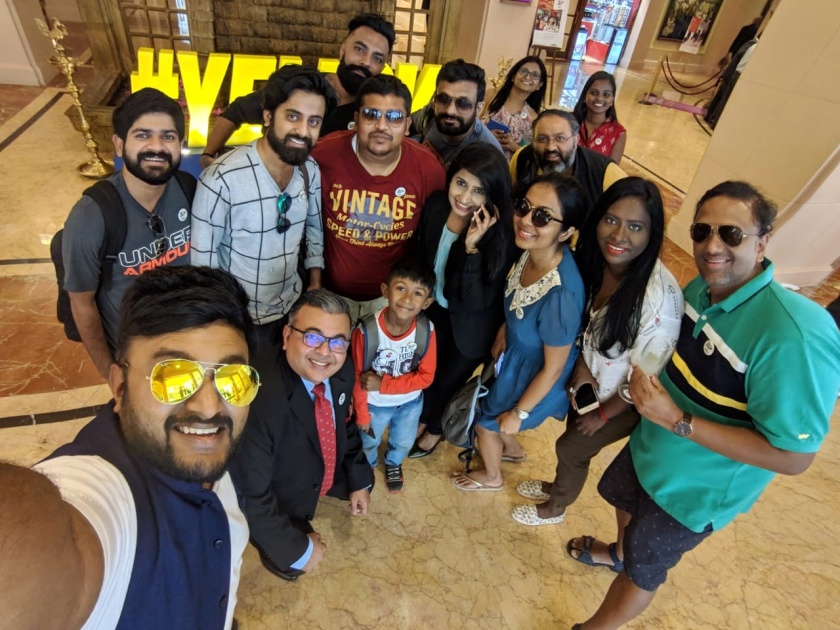 Dakshin is the oldest fine dining South Indian restaurant brings together the rich culinary traditions from six south South Indian states – Andhra Pradesh, Karnataka, Kerala, Tamil Nadu, Telangana and Puducherry! The inspiring journey of Dakshin began on the 14th of April 1989 and now stands as an iconic dining destination as it completes three decades of exemplary service. The restaurant draws inspiration from the temples of Southern India and this is visible right from when you enter the restaurant and look at the ambience of Dakshin. The menu ha a temple door design and the brass on the menu reflect the gold, the silk and the grandeur of the south and the dancing mudras which gives everyone a peep into the southern culture. 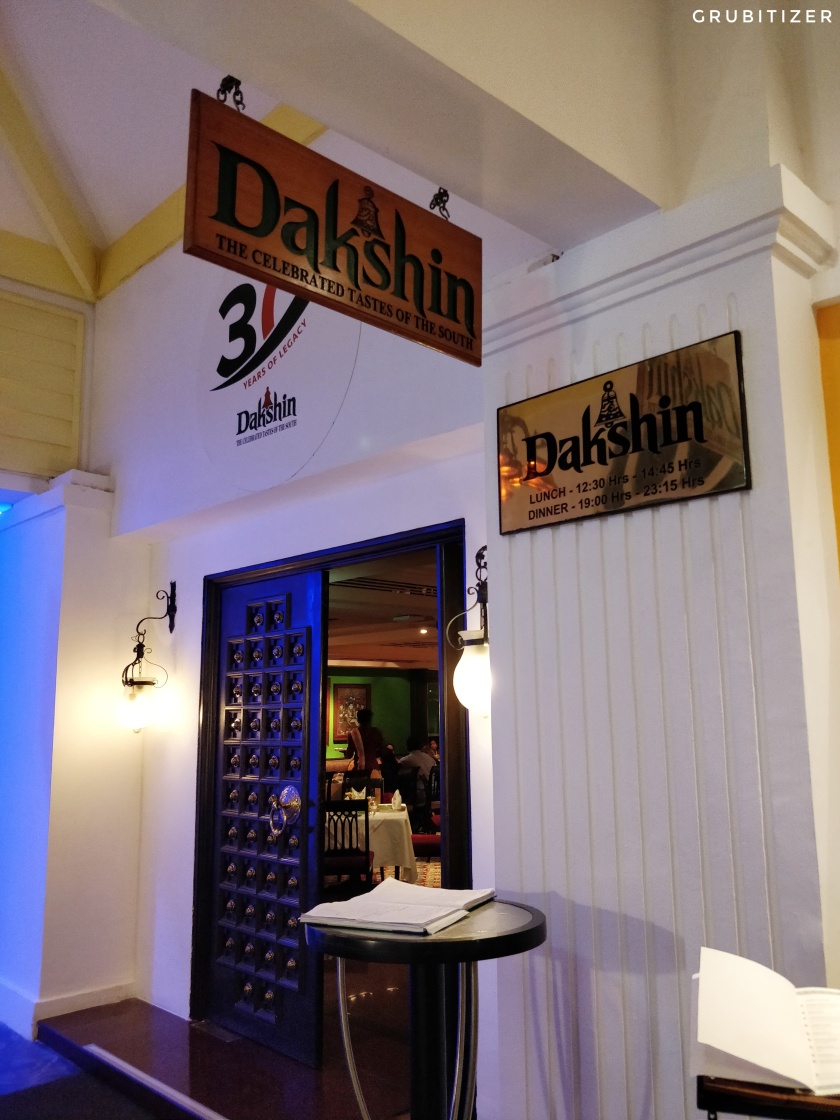 To celebrate this achievement, Dakshin had a limited edition celebratory menu from 14th to 30th April featuring the special South Indian Thali that had 30 lip-smacking dishes, we had a preview of the same and totally loved the experience. Some of the special dishes were Neer Moru, Para Saaru, starters like Nandu Puttu, Meen Moilee and main course that had Theeyal, Appam, Kal Dosai, Veechu Parotta which was followed by the famous Elaneer Payasam, Basundi and Mukkani Ice Cream. Executive Chef Deva and his team of experienced chefs did pull out one of the most exquisite South Indian meals that I have had in ages. This is how our celebratory meal looked like: 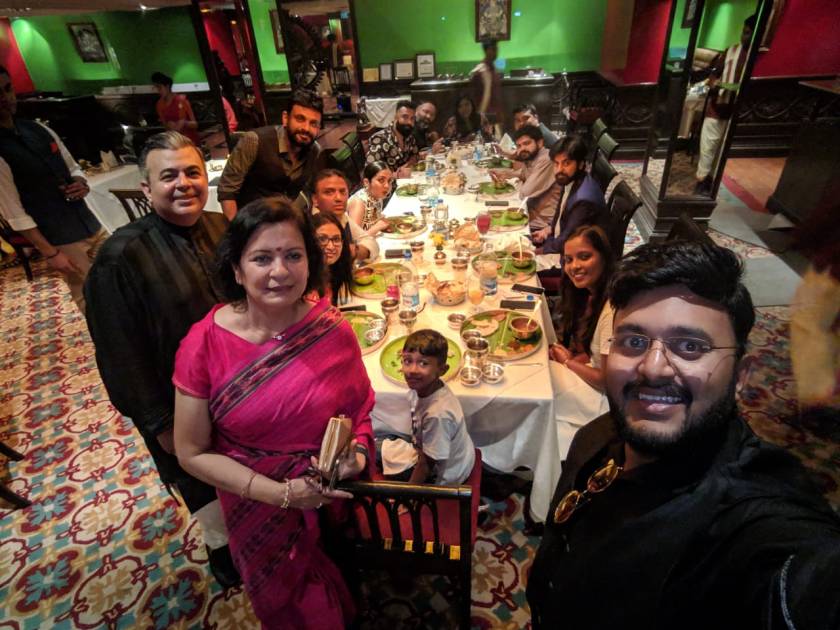 Before we attended the program to commemorate this incredible feat, we bloggers and the team of Crowne Plaza Adyar Park Chennai attended a Master Class with Executive Chef Deva. He demonstrated the preparation of three signature dishes from Dakshin’s line up, and what a treat it was to our tastebuds. 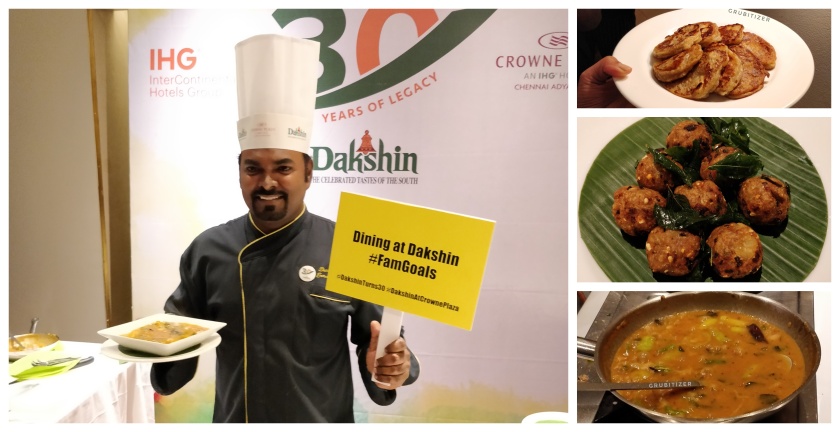 Celebrations around Dakshin turns 30 was not just limited to an exclusive poolside party and a specially curated dinner that was followed by an after-party, we also got to taste the flavours of South India in the form of specially curated cocktails by Mr Krishnan, head mixologist and the man behind all the amazing cocktails at Crowne Plaza Adyar Chennai.

We got to witness the making of 3 cocktails – Curry Leaf Mojito, Naval and Dabra. Curry leaf Mojito is a white rum-based and a very refreshing cocktail, 8-10 curry leaves are muddled with lime, dry red chilli and palm sugar. The second drink Naval had 60ml Absolute vodka, Jamun juice and lime along with Pineapple syrup and the end product was garnished using a dehydrated lemon wheel, a pretty looking cocktail there. My personal favourite was Dabra, a nicely done concoction of Bailey’s Irish Cream, Cointreau and 30ml of coffee decoction.

Well, this is not the end of Day – 1 at Crowne Plaza Adyar Park Chennai! This heritage hotel houses Gatsby, Chennai’s only night club that is officially allowed to remain open till 5 AM in the morning, yes you heard it right. We were told that the crowd starts picking up at around 1:30 AM onwards and being a Saturday night we were expecting a big-time party atmosphere, so did the place deliver it? Definitely Yes! We walked in and after the usual security checks, the staff led us in the dimly lit place that had rays of lights flickering as per DJs tunes. The bar counter was lit and we grabbed our drinks and let the night unveil on its own, what an experience! Everything about Gatsby right from the crowd, liquor options to the ambience calls for another visit, to me every time I visit Chennai.

Let’s talk about Crowne Plaza Chennai Adyar Park in general, it is located 12 km away from Chennai International Airport and close to the business and financial hubs. Hotel is situated along with numerous cultural attractions such as Mylapore Temple, Mahabalipuram and Dakshina Chitra. They have 287 guest rooms with classic accommodations in the Park Wing or modern aesthetics in the newly refurbished Towers Wing.

I must say we had a relaxing stay at the comforts of our rooms that looked like this, a much-needed break from the usual routines of our lives. 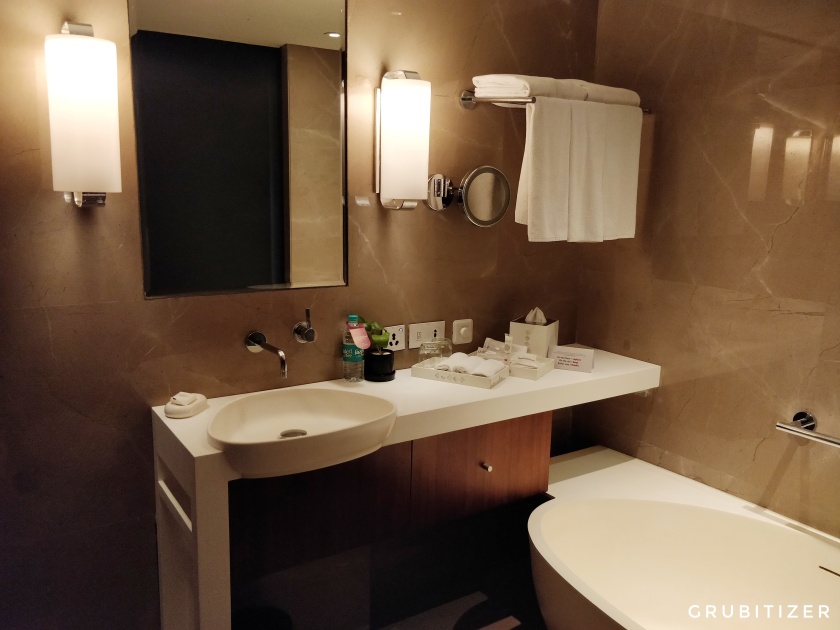 Thanks Nivedith, Hrish and Jit for letting us experience the celebrations of #DakshinTurns30

There was an error retrieving images from Instagram. An attempt will be remade in a few minutes.